Chennai Super Kings (CSK) have been stepping up their preparations ahead of the Indian Premier League (IPL) season whose start is fast approaching. The iconic franchise had a horror season last year as they finished outside the playoff spots for the first time ever in their history. Their famed approach of beginning innings slow and plundering runs at the death did not seem to work.

Their batting remained inconsistent throughout and the bowling wasn’t extraordinary either. CSK have now made some smart buys at the auction like those of Moeen Ali, K Gowtham, Cheteshwar Pujara and Robin Uthappa and would hope that there is a change in fortunes this season. The side is currently in Mumbai where it will play its first five matches beginning with the first on April 10.

Chennai Super Kings have been on a signing spree with regard to net bowlers for the 2021 edition of the IPL. They firstly roped in Hardus Viljoen from South Africa before signing Fazalhaq Farooqi of Afghanistan, another fast bowler. They have now added another promising Afghani player to their net bowling armory which is Noor Ahmad who is a left-arm chinaman bowler and is just 16 years old.

Noor Ahmad had already been a part of the Big Bash League in Australia for the Melbourne Renegandes. He was also signed by the Caribbean Premier League side St Lucia Zouks. However, he couldn’t play in the competition due to a transit visa issue. He will now join the CSK camp and bowl to some of the legends of the game at the nets.

CSK begin their IPL campaign against Delhi Capitals on the 10th of April.

Also Read: India vs England 2021: “There were shades of MS Dhoni in his knock” – Jos Buttler speaks on Sam Curran’s knock 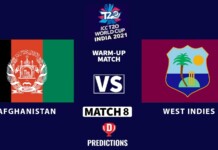