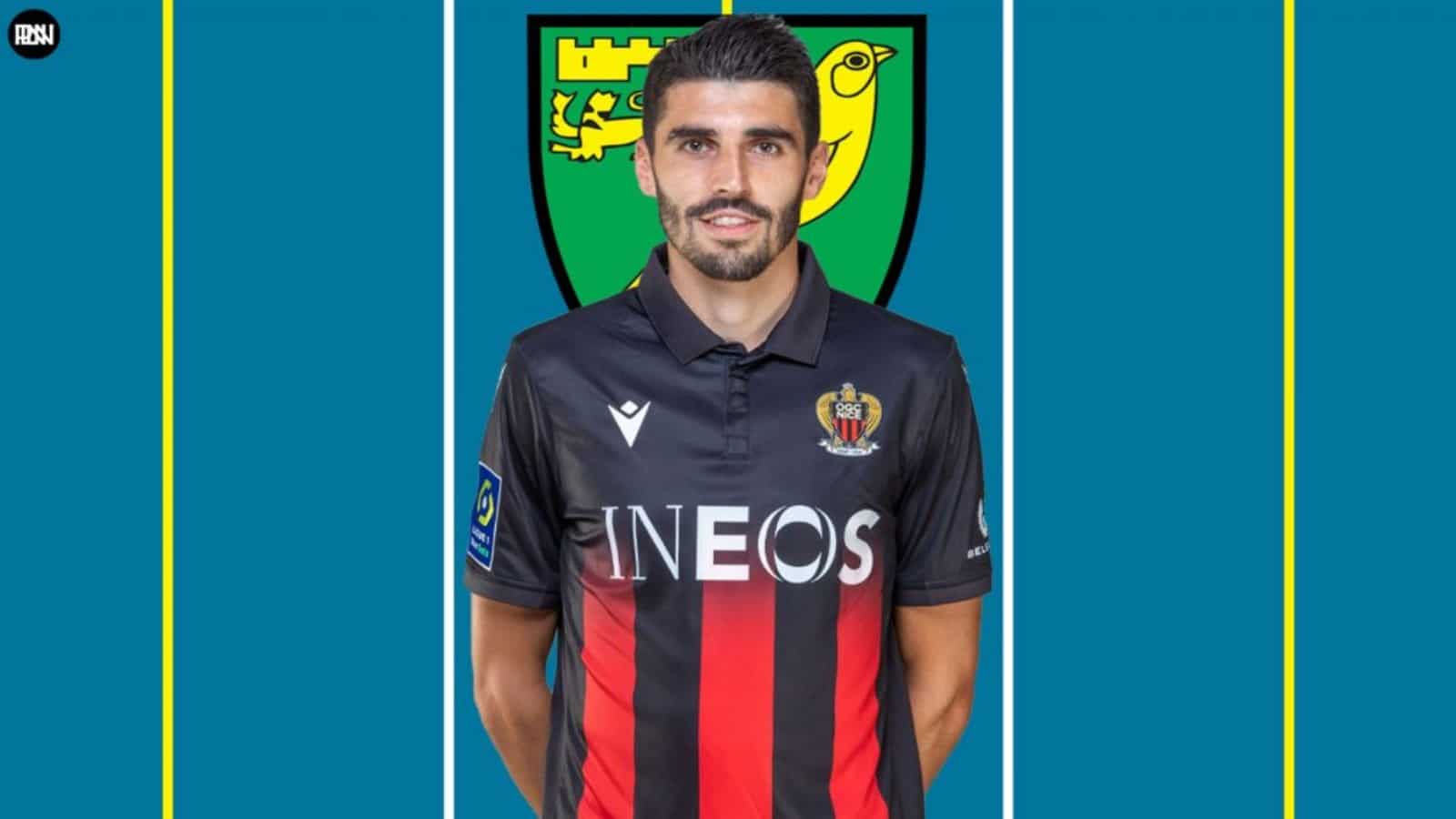 Norwich City continued their signing spree in the summer transfer window as they signed Frenchman Pierre Lees-Melou from Ligue 1 club OGC Nice on a three-year contract. The deal sees the Canaris shell out €4.1 million for the midfielder in another cheap, smart buy for the Premier League newcomers.

Ever since their promotion to the top-flight was confirmed, Norwich have quietly gone about strengthening their squad in various positions. Selling star winger Emiliano Buendia for €38 million, the Canaries have used the additional revenue wisely by investing it back into their squad, and Pierre Lees-Melou is the latest intelligent signing in their window so far: after signing all of Milot Rashica, Ben Gibson, Angus Gunn and Dimitrios Giannoulis.

They have also secured the services of Chelsea midfielder Billy Gilmour on a free transfer for one season, further strengthening their squad. All these signings cost them a combined €39.6 million, just €1.2 million more than the fee they got for selling Buendia.

Pierre Lees-Melou’s career and what the new signing had to say about the transfer.

Pierre Lees Melou is a 28-year-old French midfielder who started his career back in 2013 with French club Lege Cap-Ferret. He secured a move to Dijon in the summer of 2017 after his contract ended, and was on the move two years later, this time to Nice for a modest fee of €4 million. So far, Pierre Lees-Melou has spent four seasons at the French club, making 140 appearances with 18 goals and 16 assists. Overall in his career, the mdifielder has 42 goals in 249 appearances.

On joining the Canaries, Pierre Lees-Melou spoke to the club’s official website. “I’m very excited to join Norwich City and discover my new future with the club and its fans. I can’t wait to play football in Norwich colours,” he said. “I spoke with Daniel [Farke] and Stuart [Webber]. We had a very long conversation about football and the vision for the team. “

I’ve heard a lot about how Norwich plays football in the right manner and style and also the club’s spirit and mentality. I also spoke with Morgan Schneiderlin and Yoann Barbet about football in England. They spoke very highly of Norwich and the club’s position and standing. I’m excited to discover a new country, language and play in the biggest league in the world.“

Norwich coach Daniel Farke too had his views on the transfer: “We’re delighted to have been able to sign a player like Pierre. There are a lot of things to like about him and his football qualities. He’s a really good technical player and is very good with the ball. He also has the physical ability every game to cover lots of ground and can play many positions and roles.”

“His CV, age and experience are very good. He has played for a big club in Nice, in pressure situations with some talented players. We think Pierre will help us in the Premier League. It is not a coincidence and is always a good sign when a player is allowed to wear the captain’s armband at such a big club like Nice. In our communication we all got the feeling that he is desperate to come to Norwich. He’s an intelligent and humble guy and is greedy to work and improve on this level.”

Norwich begin their next season against Liverpool in the Premier League on 14th August, and go on to face both Manchester City and Leicester City before the end of the month.

Also Read: Five players with the most goals in a single Premier League season