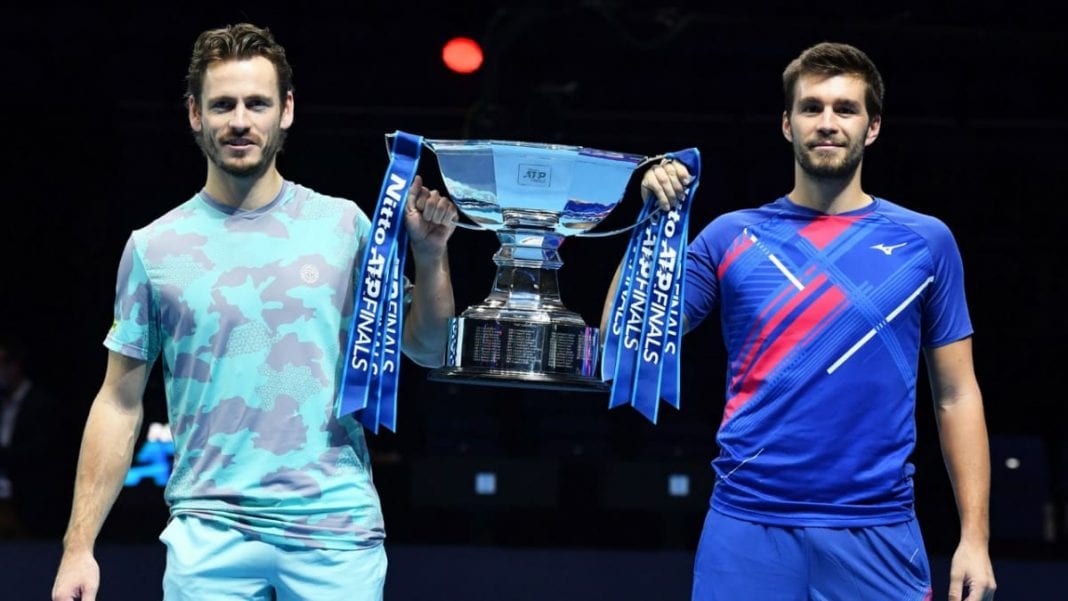 The fifth seeds proved a case of things getting lucky the third time, as the duo had earlier lost in the finals at Marseille and the US Open.

“It is a dream come true!” : Wesley Koolhof

The pair has been consistent with their level of returns to break serves. Which is what played the key element in their triumph at Sunday’s finals.

“[It is] a dream come true to have qualified here for this event,” said Koolhof.

“It’s [an] unbelievable feeling,” Mektic said after the match. “It’s not just the way to finish this year. This is something to remember throughout the whole life.

The ATP Finals was the duo’s first title together after joining forces in January.

On the pair’s first championship point, Melzer struck a double fault to end the match.

Croatia’s Mektic said the title was a “dream come true”. “It’s our first title together, not bad for a first one. It’s been a great tournament for us and amazing way to finish the year.”