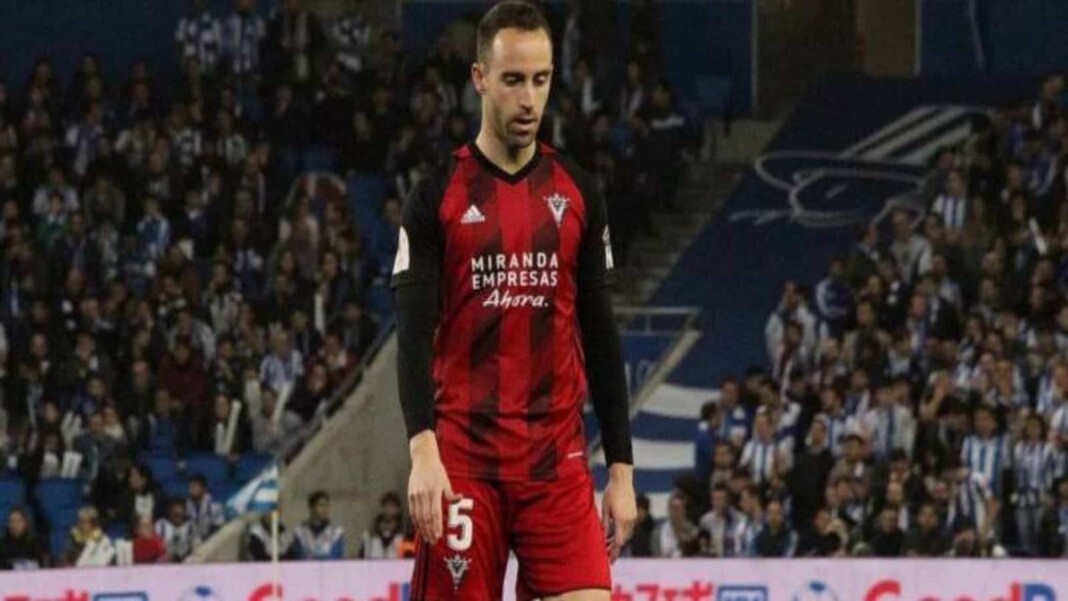 Hyderabad FC centre-back Odei Onaindia has left the ISL club ahead of the new season. He left the club to sign for the La Liga Segunda Division side CD Mirandes, a club he has played for already in his career.

Onaindia has spent his whole career in Spain, with the sole exception of Hyderabad FC. He had 20 appearances for the Nizams over the course of the one season he spent with them. Hyderabad finished fifth, just two points outside the top four, and Onaindia’s outstanding performances were one of the main reasons for this fairly decent finish. Hyderabad FC conceded only 19 goals throughout the season, the third-lowest among all clubs.

The Spanish club, Mirandes, announced the centre-back’s return to the side with an announcement. “CD Mirandes and Odei Onaindia have reached an agreement for the latter’s return to the club, where he played for two seasons before leaving for a campaign in the ISL. This will hence be his third season with Mirandes,” it read.

Odei Onaindia made his senior debut in the 2008/09 campaign with the Spanish third division side CD Elgoibar and soon arrived in the second division of Spanish football when he joined SD Amorebieta in 2011. He continued to appear in the division in the following years representing various clubs, including Barakaldo CF, Marbella FC, Bilbao Athletic, and CD Mirandés among others.

On 9 July 2019, Odei signed a one-year contract extension with CD Mirandes for a further season. Odei also scored his first professional goal for the club in 2020, netting a last-minute equalizer in a 3–3 draw at currently La Liga side Cádiz CF. After spending two seasons with Mirandes, Odei signed for ISL side Hyderabad FC. Now, he has gone back to Spain to help CD Mirandes gain promotion to the top tier of Spanish football, La Liga. Last season, Mirandes finished tenth.

Hyderabad have also seen forward Liston Colaco and Sahil Panwar leave this summer, with Aaren D’Silva and Joel Chianese joining them so far. After a fifth-place finish last season, they would surely be looking to finish at least one place higher and make the semifinals this season.