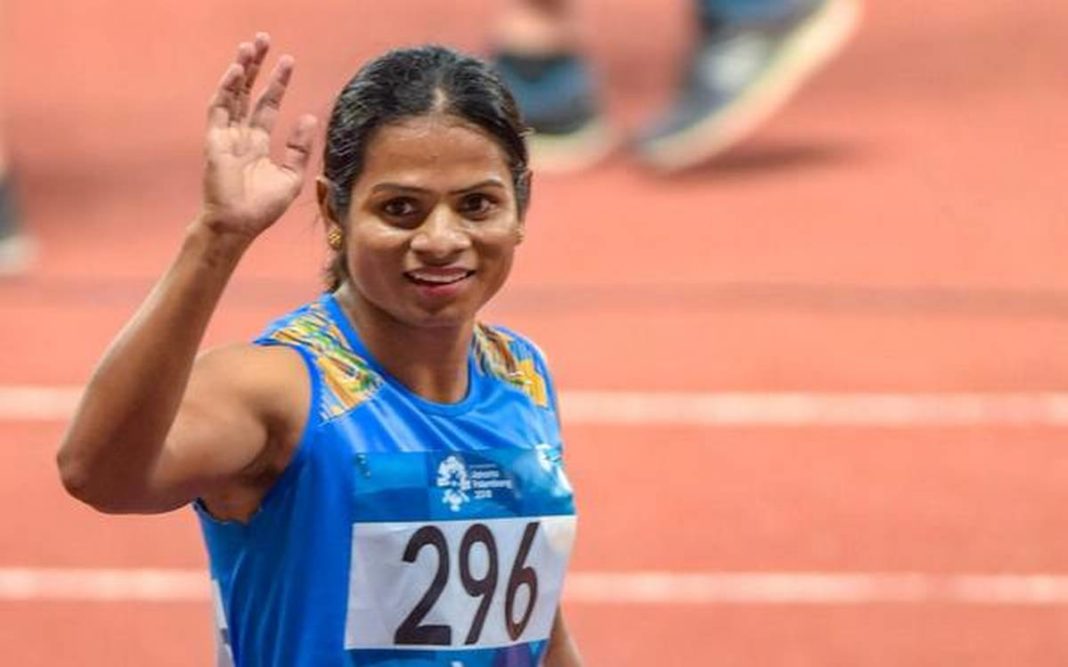 Odisha Govt. has revealed that it has provided the financial assistance of Rs 4.09 crores to Dutee Chand since 2015. But the star sprinter, Dutee Chand, said that out of this, 3 crore was given as prize money for winning medals at Asian Games (which was also mentioned by Odisa government Press Release).

This controversy started after Dutee put her BMW car on sale on her social media account. She had said said she wants to sell her luxury car because its maintenance cost was too high and not because to fund her training.

After the controversy started, State Government of Odisha released a statement that read, “The total financial support provided to Dutee Chand from State government/OMC is Rs 4.09 crore (after 2015),”. “Rs 3 crore as financial incentive for medals won at Asian Games 2018; Rs 30 lakh for training and financial support during 2015-19; Rs 50 lakh for training support for Tokyo Olympics released in two instalments.”

However, when Dutee was contacted by PTI to respond to the government’s statement, she said that she was indebted to Odisha government for supporting her all these years. “But this Rs 4 crore does not show the correct picture. Everybody will start thinking that Dutee has spent so much money.”

“The Rs 3 crore is the prize money the Odisha government had given me for winning two silver medals in 2018 Asian Games. It is just like what a P V Sindhu or any other medal winner gets from the state governments like Haryana or Punjab. It should not be considered as financial assistance for training”, she added.

The Govt. also said that it had appointed Dutee as a Group-A level officer in Odisha Mining Corporation and provided her Rs 29 lakh for her training. However, Dutee refused this claim saying that it was her salary.

There was also a difference between the salary presented by both the parties as Dutee said she was drawing a salary of 60 thousand per month while Govt. of Odisha said that she was taking a salary of above 80 thousand.

Besides, Govt. said that she didn’t have to do any official work and she still draws. Reacting to this, Dutee, on her part, said that she was not “sitting idle at home” and was bringing medals for the country and making her employers proud, as quoted by Indian Express.

She further said that she was no longer selling the car as she was assured financial assistance from KIIT founder and MP Achyuta Samanta. “I have been offered financial support by even Union Finance Minister (Nirmala Sitharaman) and sports minister (Kiren Rijiju). They called me a few days back but I have politely told them I will approach them when it is needed.”, she added.

Related: ”YES! I wanted to sell my BMW car, but NOT to fund my training, says Dutee Chand