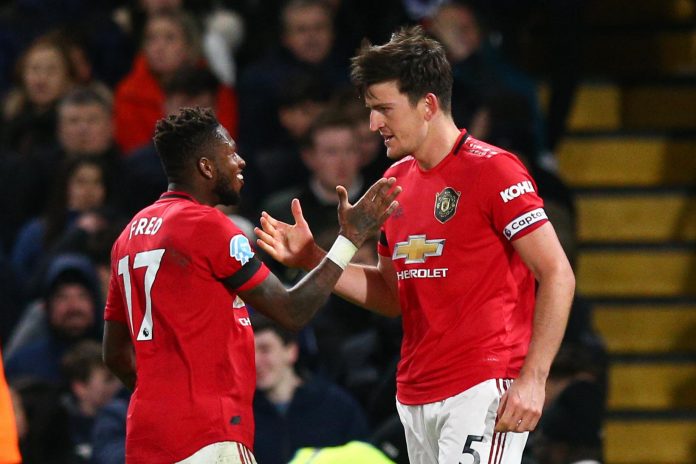 Manchester United manager, Ole Gunnar Solskjaer has come out and explained what happened between Harry Maguire and Fred during their game against Leeds United. At Elland Road, both the players of Red Devils were found arguing on the pitch over a pass and the manager has cooled off before the media houses spread rumours of discomfort within the club.

What happened between the players? Ole explains:

Manchester United ended the game at 0-0 at Elland Road after both teams battled hard to get the breakthrough. However, the missed opportunities and maintaining the shape in defence by Leeds United didn’t help Red Devils’ cause. Manchester City are 10 points clear in the title race with five games remaining in the league.

After the game, Ole Gunnar Solskjaer explained the incident that happened between Harry Maguire and Fred. Talking to media, he said:

According to the reports, Harry Maguire called Fred as a “fu***g idiot” when the player misplaced a pass against an attacking Leeds United side. However, the scuffle remained to an argument and not further ahead. Ole Gunnar Solskjaer is pleased about the team members’ demanding attitide on the pitch.

Manchester United are all set to face Roma in the Europa League semifinals at Old Trafford on Thursday. It is the only chance of Manchester Untied getting the silverware in 2020/21 season despite the club having an outside chance to win the Premier League at the end of the season.