Panipak Wongpattanakit is a Thai Taekwondo athlete, who is one of the biggest hopes of Thailand to bag a medal at the Tokyo Olympics 2020.  She is an elite Taekwondo player who has collected many accolades in her journey.

Panipak was given the nickname of Tennis by her sports-loving family but she developed an interest in combat sport over any other game. She has won numerous numbers of international medals for Thailand in international championships and made her county proud.

Wongpattanakit is just 23 years of age and she has accomplished much more than anyone in this sport, she is two times World Champion, 2016 Rio Olympics Bronze Medalist, 2018 Jakarta-Palembang Asian Games Gold Medalist, and the list go on. The only thing left in her perfect resume is an Olympic Gold Medal which she’ll look forward to winning at Tokyo Olympics.

Panipak Wongpattanakit was born on 8th August 1997 in Surat Thani, Thailand. She started Taekwondo from an early age and her family supported her to the fullest. She is one of the youngest athletes in the world to achieve this much at such an early age.

Her breakthrough came at the International stage when she won Gold Medal at the 2014 Nanjing Youth Olympic Games at just 17 years of age. In the same year, she also won Gold Medal in Tashkent Asian Championship.

Wongpattanakit achieved the unbelievable feat by becoming the World Champion at just 18 years of age in 2015 at Chelyabinsk. On the very next year, she added Olympic Medal to her list of accomplishments by winning Bronze Medal at the Rio Olympics.

She didn’t just stop here in the year 2018 she won Gold Medal at the Jakarta-Palembang Asian Games and in 2019 she became World Champion again at Manchester. Along with this, she is a two-time Asian Champion, two-time South Asian Championship, six-time Grand Prix, and Two Times Grand Slam Gold Medalist. The list for her medals just goes on and on.

The wonder girl from Thailand was awarded Companion (Fourth Class) of The Most Admirable Order of the Direkgunabhorn by the kingdom of Thailand for her unbelievable service to her nation.

Wongpattanakit is coached by the Korean Taekwondo legend, Choi Young Seok. He is one of the most successful foreign coaches Thailand has ever appointed for any sport. Since he became the coach of the national team in 2002, Thailand has managed to claim at least one podium finish at every Olympic Games.

The 48 years old coach has initiated his journey to becoming a Thai citizen and her grandmother passed away and now he wants to do more for the sport Taekwondo in Thailand. Wongpattanakit is his biggest hope to bring Gold Medal for the country at the Tokyo Olympics.

The net worth of the Thai Taekwondo practitioner is estimated at around $1 Million – $5 Million with a major part of her earning coming through competitions and endorsements.

Wongpattanakit was born to her father Sirichai Wongpattanakit and her mother Wantana Wongpattanakit. Both her parents supported her dream at a very early age and they are really proud of their daughter making the country proud at each international stage.

Wongpattanakit is just 23 years of age.

Panipak Wongpattanakit’s net worth is estimated at around $1 Million – $5 Million. 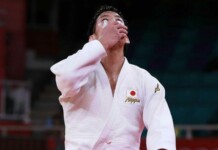 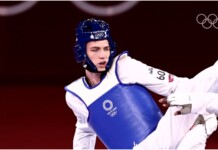 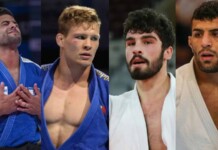