Smokes are the signature ability of all controllers. They may look similar but there is a huge difference between Viper and Omen smokes. Viper has toxic smoke alongside her toxic wall on the other hand Omen has a hollow two black smoke with a cooldown. The hollow Omen smoke allows players to camp inside the smoke. The Viper’s smoke takes away 30HP from the enemy immediately if someone touches it. One of the best advantages of Omen’s smoke is the easy to put one-way smokes whereas you have to learn line-ups to put one-way with Viper smoke.

Omen get a Paranoia alongside his 2 smokes and that only enhances his controlling abilities. Opponents has no way to dodge the paranoia if they get caught by it they will get nearsighted for sure.

Omen also gets a pair of teleports as his C ability. Omen can quickly teleport to the higher grounds to get an extra edge over opponents. There are some clever tricks with this ability that good Omen players often use.

Omen has one of the best Ultimate abilities in Valorant. Omen’s Ultimate is so valuable in multiple situations. Omen can get a lot of information with his ultimate but the most valuable aspect of Omen’s ultimate is the quick rotates and cheeky spike plants.

Alongside the poison orb, the viper gets a long Toxic wall. This long wall can block multiple entries and exits all at once. The additional damage with the smoke also puts extra pressure on enemies.

Vipers toxic bite is one of the strongest mollies in Valorant right now. It does damage as well as make enemies vulnerable which means they take twice the amount of damage as soon as enemies steps foot on the molly. These 2 mollies also open up multiple delays in the post-plant.

Viper has a really strong Ultimate ability as well. This is the strongest Controlling ability in Valorant now. Enemies take 30 damage with continuous decay damage as well which leaves enemies 1HP very quickly.

Omen and Viper belongs to the same category but their abilities makes them so much different.

Viper is better in Breeze, Split and Icebox as she can block multiple angles with a single walls and commit to the site.

Omen is better in Haven, Ascent, and Bind as these maps are heavily relays on rotates, and Omen can manipulate and commit to the site in the last moment with his rechargeable smokes.

Viper is better for the defensive plays as she can delay both plant and defuse with her toxic bites.

Omen is better for aggressive plays as he can use his paranoia to near sight enemies and also get cheeky higher grounds with his teleports.

Download Valorant and try out both controller and give your views on Omen vs Viper. 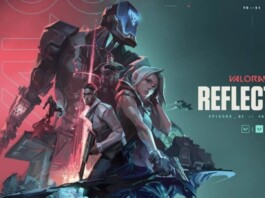 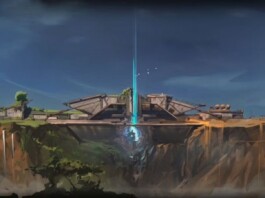 Valorant New Map May be Based on Australia and Skye: Threads... 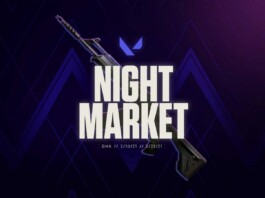 Valorant Night Market is Back in Episode 3 Act 1: Discounted...