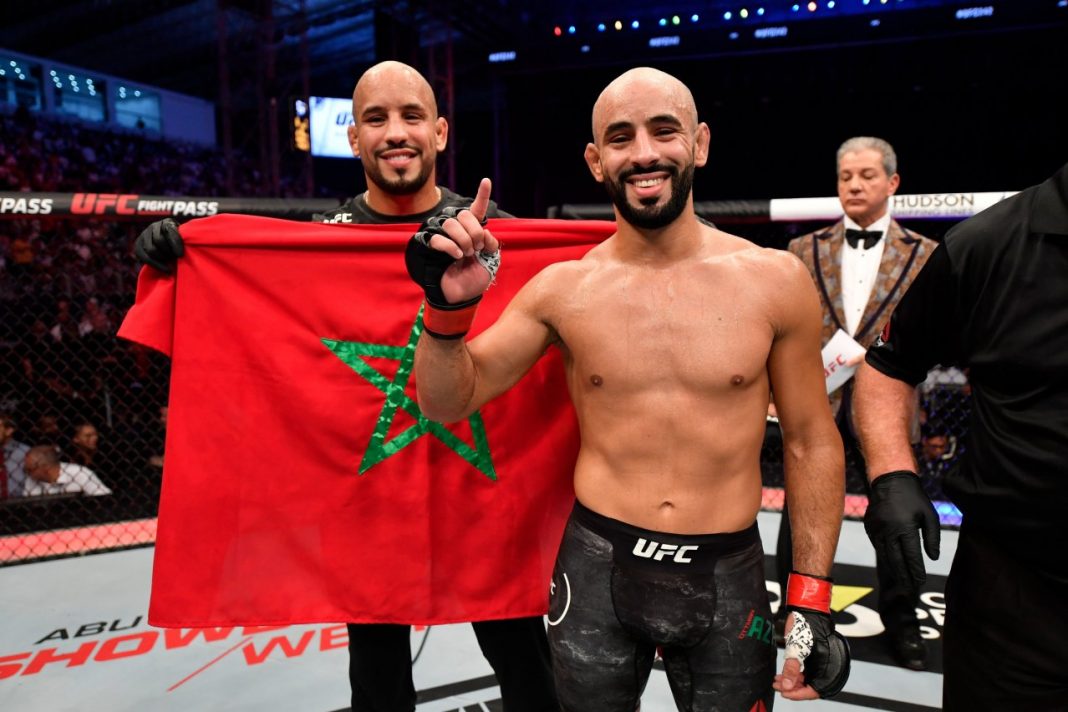 Ottman Azaitar will be a part of the UFC after all. Just a month ago, it looked like he was shown the door, after breaching COVID-19 protocols. Azaitar and his team had cut off their wristbands and handed it to someone outside the bubble, so that the person could gain entry using the wristband. He later did so, by gaining access to the ‘Fight Island’, to drop a bag off.

This was viewed very strictly by the UFC, and he was quickly removed from his match against Matt Frevola at UFC 257, with many assuming that it spelled the doom for Ottman Azaitar. UFC President Dana White said, speaking of this, last month, “It’s bad, he’s gone, he’s no longer a UFC fighter.”

However, it now looks like Ottman Azaitar has been given a second chance, by the promotion. His manager Ali Abdelaziz, took to Twitter to thank UFC and Dana White, for giving Ottman, a second chance, saying that he was humbled by the decision.

‘There are others I want to thank‘

“Very grateful to @danawhite and humbled by this decision. There are others I want to thank. They know who they are and we appreciate them very much this was done way above my pay grade,” Ali Abdelaziz tweeted.

Ottman Azaitar is still undefeated in his MMA career. He has 13 wins and no losses, with his UFC debut coming in 2019 against Teemu Packalen. He then beat Khama Worthy in the first round of a fight night event in September, last year, thereby going 2-0 up in the UFC.

What do you think the future holds for Ottman Azaitar?

Also Read : THIS IS A FIRST! – Jamall Emmers vs. Chas Skelly cancelled after both the fighters make it inside the octagon!