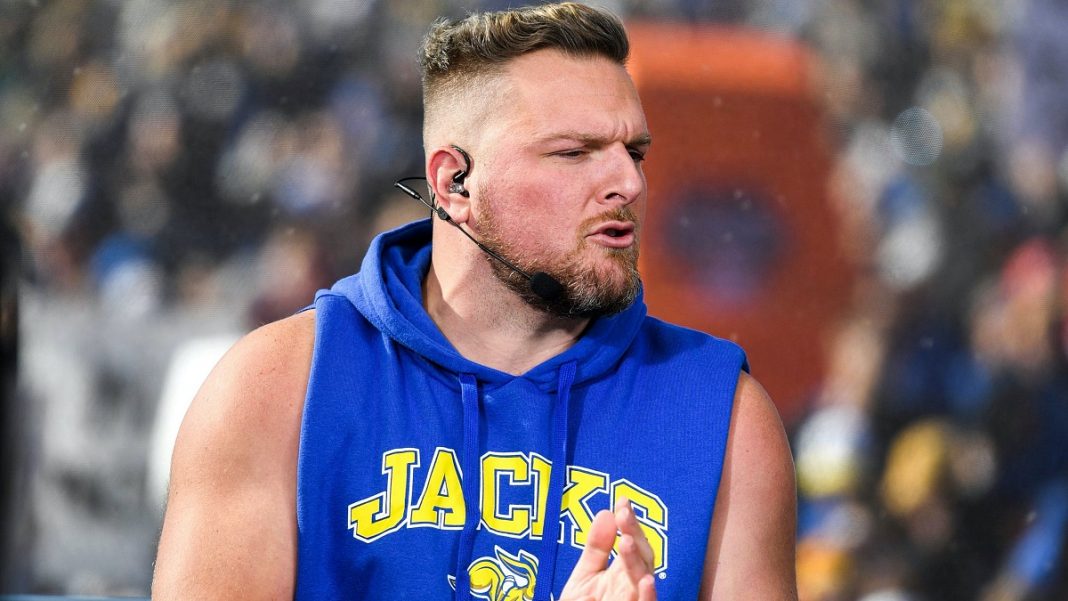 The comment instantly caught the attention of McAfee, who was hosting his show during the media call. He outrightly denied the statement and mentioned that he was considering retirement.

On The Pat McAfee Show, the host mentioned that he will be watching the match between Shaq and Cody on Dynamite, but he has no intentions of joining AEW.

“Cody Rhodes just said I’ve been trying to get employed by AEW or whatever every other day. That is not true. I’ve actually contemplated retirement here more than I have contemplated going to AEW… . I do have to watch that match tonight, but aside from that, I am not. I would just like to let that be very clear.”

AEW has two major shows lined up for this week. Cody Rhodes is scheduled in major bouts on both the shows this week – AEW Dynamite: Crossroads and the Revolution PPV. Rhodes will team up with Red Velvet to face Shaquille O’Neal and Jade Cargill in a tag team match.

The 4-time NBA Champion claimed that it would be the greatest celebrity match of all time, and this led to a Twitter exchange with McAfee.

Miro too got involved in the conversation too.

McAfee was last seen on WWE NXT at the WarGames. His matches received rave reviews from the wrestling community, but he has not been seen on the show since. A couple of weeks ago, he hinted that he might be returning to WWE NXT soon.