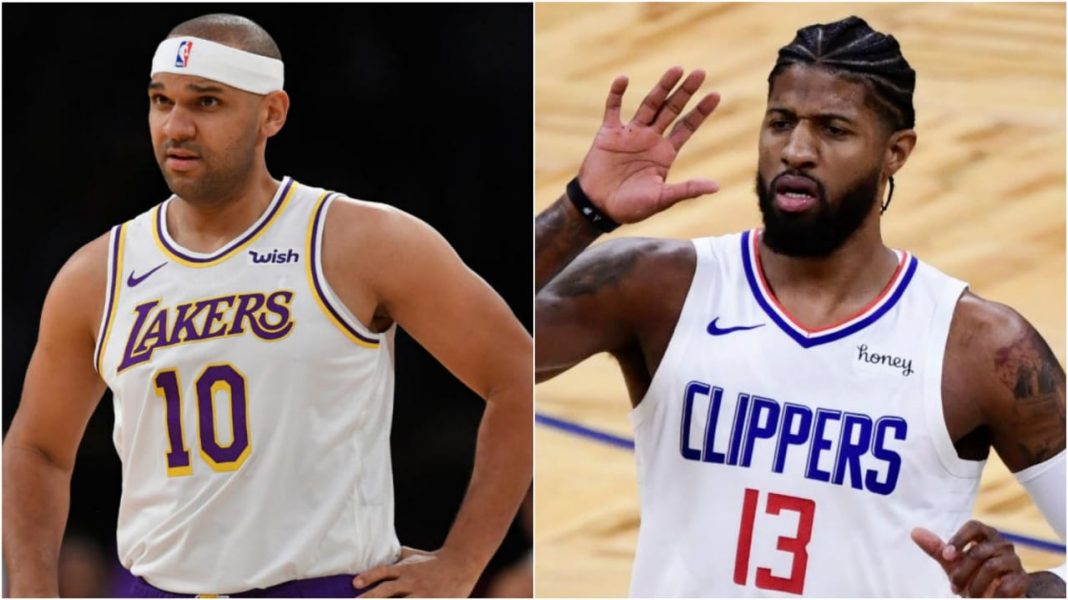 The LA Clippers are proving out to be better than last season. They were literally broken to pieces last year after the Denver Nuggets stamped in the playoffs. They are already in a tussle with the LA Lakers and the Utah Jazz for the top position in the Western Conference already. These three teams are fighting a battle to remain at the top. Now it is really difficult as the rivalry between the Lakers and Clippers has been sparked by Jared Dudley’s harsh comments on Paul George.

Paul George and company are to a great start. Getting Serge Ibaka was such a push for the title contenders. But Lakers’ forward Jared Dudley has shared his part of the story criticizing the teams altogether. Dudley recently came out with a book titled ‘Inside the NBA bubble.’ He mentioned repeatedly about the growing tension between the LA rivalry at the bubble. To this Paul George has a different opinion. He said in the book, “We think it’s disrespectful for Paul George, who hasn’t won, to put on the level of Bron and Ad. This motivates us.”

Paul George didn’t seem to pay much heed when he was confronted by an interviewer on this topic. Paul said, “God Bless him. God bless you, Jared Dudley. I don’t know what it is, dudes love throwing my name in stuff.” The Clippers and the Lakers are already in a battle to the top. And now this adds a cherry on top to their unsaid rivalry. Hopefully neither of the team have vendetta against each other. Last season it was depressing for the Clippers. The whole team choked while playing the Nuggets in playoffs and this stopped their playoff run.

This season looks different for the team. They have never been this better. They have started playing transition offence with a lot of chemistry. As the off-court drama heats up, it will really be interesting watching these teams go head to head.