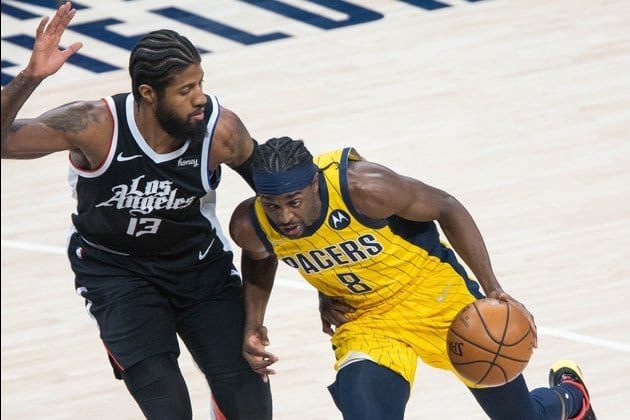 With Kawhi Leonard being out, Paul George seems to be doing a fine job leading the LA Clippers. The latter dropped 36 points as LA Clippers won their 6th consecutive game after beating Indiana Pacers 126-115. This was the 4th game in a row where PG touched the 30-point mark. George also had seven rebounds and eight assists and is 4-0 at Bankers Life Fieldhouse since being traded by the Pacers to Oklahoma City in July 2017.

Paul George heard boos during pregame introductions and jeers throughout the game in a mostly empty arena. He’s been through it before but has now won twice in Indianapolis with the Thunder, by margins of five and eight points, and twice with the Clippers, both by 11-point margins.

Indiana Pacers was led by Malcolm Brogdon’s 29 points. Caris LeVert scored 26 as the Pacers snapped a three-game losing streak. Domantis Sabonis had 20 points and 13 rebounds, his 36th double-double this season. T.J. McConnell added 13 points off the bench. Indiana Pacers is 9-16 at home this season, putting a 31-year streak of winning records on its home court in jeopardy.

It sure didn’t look as if the game would be lopsided after a topsy-turvy first half, which included a 15-point first quarter from Paul George amid a chorus of boos as the LA Clippers led 67-65. And Los Angeles side was still clinging to a 100-97 cushion after an equally entertaining third quarter.