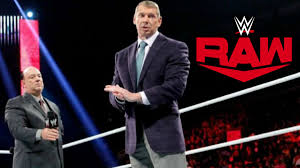 Sonya Deville recently put up a tweet reacting to Heyman’s claim that she has a “mad crush” on him. He said that on the latest edition of WWE Talking Smack.

Following last night’s edition of WWE SmackDown, Paul Heyman and Adam Pearce came face-to-face. With Heyman doing everything in his power to intimidate Pearce. Heyman hinted that he has had a talk with Vince McMahon regarding Pearce. If he doesn’t announce an Elimination Chamber main event involving Drew McIntyre on Monday, he will have to pack his bags and go.

Paul Heyman also put in an amusing bit where he stated that Sonya Deville has a huge crush on him. He would love to take Adam’s position as an authority figure. Deville saw the clip highlighting Heyman’s statement and posted a tweet.

Paul Heyman is one of the greatest talkers this business has ever seen. He has been a mainstay on Talking Smack ever since it was revived. He has been doing an incredible job of putting talent over on the show. When it comes to Adam Pearce though, Heyman isn’t a big fan. Pearce tricked Roman Reigns and Heyman on the road to Royal Rumble, and replaced himself with Kevin Owens in the Universal Championship match.

Elimination Chamber is set to take place on February 21, 2021. The PPV currently doesn’t have a main event, and Paul Heyman isn’t happy with the situation one bit. Edge is yet to decide on his WrestleMania opponent, and it’s seemingly going to be one of either Universal Champion Roman Reigns or WWE Champion Drew McIntyre.

Which one of these main events would you like to see at The Grandest Stage of Them All?