Home Martial Arts UFC “It started with one glass; it didn’t work. Half a bottle. Didn’t... 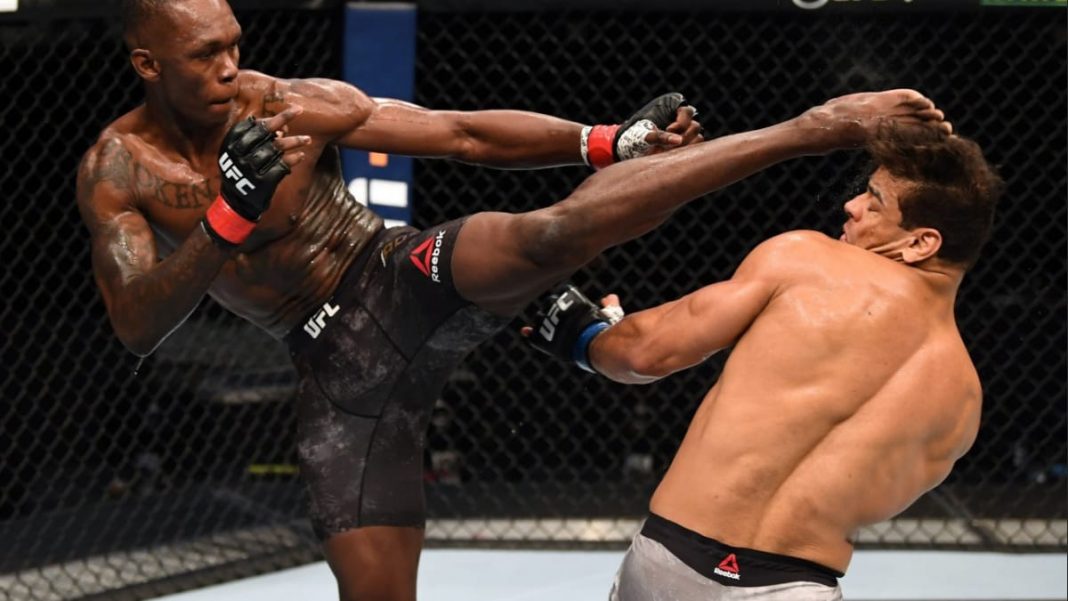 Paulo Costa fought Israel Adesanya back in September 2020, and Adesanya picked him apart in their fight, Costa is still not over with his loss and he has given another excuse for his performance that night.

He said, “I was different because I wasn’t feeling well at all. I didn’t sleep the night before the fight. I was having severe leg cramps in the locker room before the fight. The athletic commission came to my locker room twice to check on my leg to remove the oil that we had put on my leg in order to massage it. A lot of things happened.

“Because I needed to sleep, I had been awake for 24 hours. I drank whisky, an entire bottle. To try and literally pass out to sleep. It started with one glass; it didn’t work. Half a bottle. Didn’t work either, so I drank the entire bottle. And I had a very different sensation. I don’t even think I told you this, Tamara, I enter every fight very active, of course I’m afraid of getting hit or knocked out.

“And for this fight for the title, I was sleepy and not even a little worried about getting hit. I didn’t feel anything. It was very strange. I had no hype in thinking I was going for the title. I was totally serene. I was so calm it scared me.

“I’m anxious to fight Adesanya again, things are going to be a lot difficult for him,” Costa is looking forward to their rematch

“The loss happened. But if I had lost to him being 100 percent healthy, then I would have been a lot more upset because someone would have defeated me for real. But since my loss happened under the circumstances that I mentioned earlier.”

“I’m anxious to fight Adesanya again. But fight him the right way, being myself, and I’m sure that when that happens, things are going to be a lot difficult for him.”