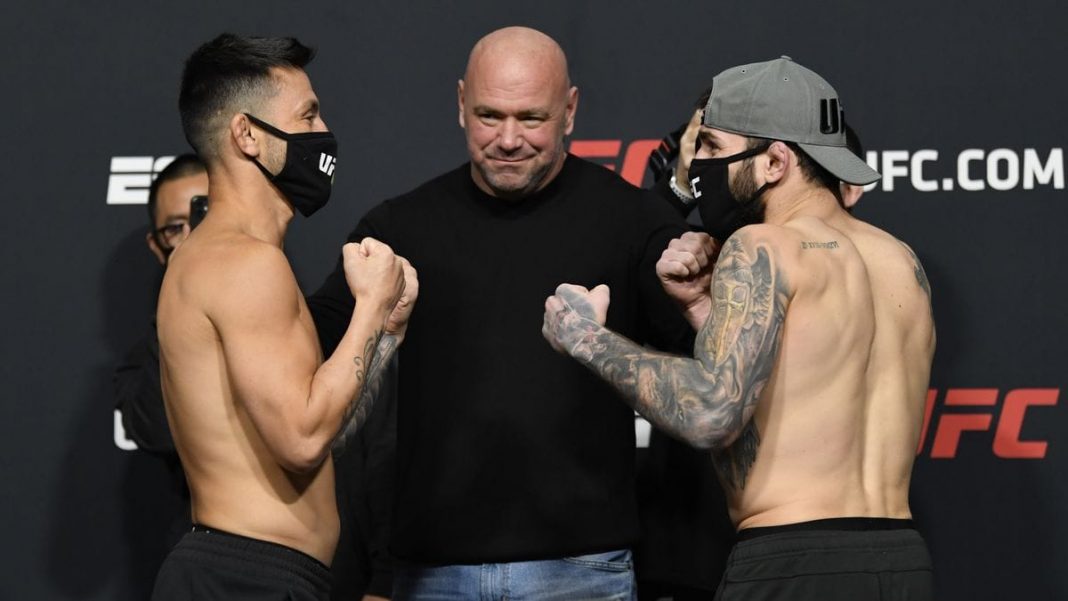 The UFC Vegas 20 wasn’t the usual blockbuster the fans would’ve expected it to be. The event on the 28th of February witnessed no fights that required stoppage from the referees. Only 1 out of a possible 9 fights from the main card and preliminary card ended in a KO.

Of course, some disclosed bonuses might have been accompanied by off-the-books pay handed out by the UFC to the fighters. Bantamweight fighter, Ronnie Lawrence was honored with the “Performance of the Night”. The only notable fight from the main card was the Bantamweight bout between Pedro Munhoz and Jimmie Rivera.

Ever since the bout between Dustin Poirier and Conor McGregor we have seen a high number of calf kicks being used to dismantle the opponents. We saw it in the fight between Ciryl Gane and Jairzinho Rozenstruik. Pedro Munhoz won the bantamweight bout against Jimmie Rivera using the calf kicks too. Pedro hurt Rivera early on in the fight with his calf kicks.

The fans and viewers witnessed a very courageous and strong Rivera who withstood those calf kicks for the entire 15 minutes. The promotion awarded this battle, “Fight of the Night” honors for a gutsy battle between the two fighters.

Though Munhoz wound up with the unanimous decision, Rivera won the hearts of many with his toughness. Do you think this was the least entertaining fight night in a long time?