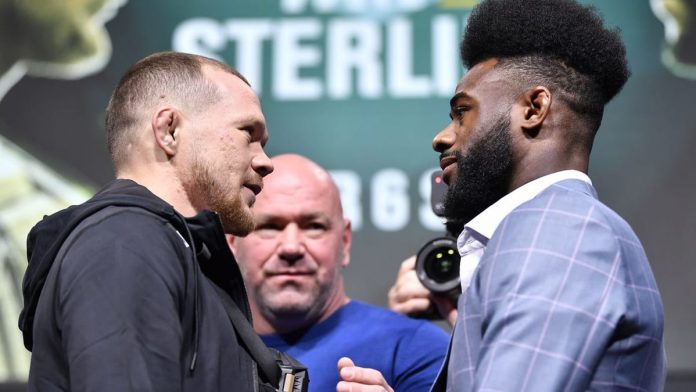 Aljamain Sterling vs Petr Yan is a rematch to make after what happened between these two at UFC 259. But it looks like Sterling have some other plans on his mind.

The former champ Petr Yan landed an illegal knee to grounded Aljamain Sterling and was stripped off his title and was disqualified, Sterling walked away with the belt that night, but it wasn’t how he wanted to win the belt.

Now after all this these two were supposed to face each other but it looks like Sterling has some other plans, he was involved in a stare-down with Henry Cejudo and Yan believes he will dodge the rematch with him to face Cejudo.

“The first day when I lost the belt, Cejudo started talking about coming back,” Petr Yan makes a valid point

Petr Yan believes Henry Cejudo is afraid of him as well, and to support his argument he said,

“As you remember, when I became [the] #1 contender for the belt is the time when Cejudo retired. And now, the first day when I lost the belt, Cejudo started talking about coming back. He doesn’t want to fight me. For me, now the goal is to get the rematch and Cejudo can be next after that.”

Also read: “I know my window of time is closing to make money. I don’t have that much time left to make money, so I don’t want to just sit around,” Derrick Lewis wants activity.