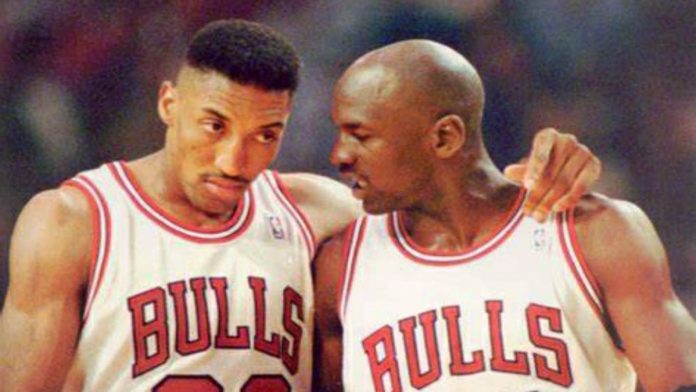 The Chicago Bulls have a rich history when they were led by Michael Jordan. Especially in the well-known Jordan era, the team seemed invincible in their run. The team was arguably one of the greatest time of the generation with a dynasty that lasted almost a year. Michael Jordan, Scottie Pippen with head coach Phil Jackson dominated the entire league with their reigning wins. They were easily the best team back then. However, they had a lot of hurdles before they earned this title. One of them was getting past the so called ‘Bad Boys’ Detroit Pistons.

Michael Jordan was the best player for the franchise and the league back in the 90’s. His tenure for the team led them to instant success after getting past arch rivals, the Detroit Pistons. Back then, Detroit was the only side that could contain the winning nature of Bulls. Phil Jackson highlighted how their venture against Pistons on multipole series became very tough. They were always the difficult team in the league that Bulls ever faced. He pointed out the fact that Pistons played mind games. They would intimidate the Bills players to get a reaction out of the team that would have adverse consequences.

Jackson revealed, “Every time we got into the playoffs with the Detroit Pistons, it was about their intimidation. They would intimidate the team so they’d retaliate. And retaliation never worked. The retaliation worked because some got thrown out, some got in foul trouble, Scottie Pippen got a concussion, all these things.” Jackson talked how the Pistons played more physical game. It was one of the main reasons Bulls were overpowered by the team at numerous instances.

On the other hand, Jackson put his views on the very fact that Bulls played with fear. Fear was the major reason why the team felt compelled to react.

He said, “They had the muscle, they had the beef, and they were applying it, and they’d bring the game up to a certain point where it became so physical that you almost had to react or feel like you had to react. And so it developed this heat, maybe fear was even part of it.”

However, Jordan was never afraid of the Pistons. Phil Jackson said, “Michael was never fearful, but he was getting knocked down by two or three guys, it was just part of them defense, knocking down…We have to be thankful that we have this opponent that’s going to challenge us in such a way that we have to overcome even our deepest fears and our reluctance to give in to this battle and accept it.” Bulls braved past all odds and had 6 out of 8 titles from 1991-98. This proves how great the team was.