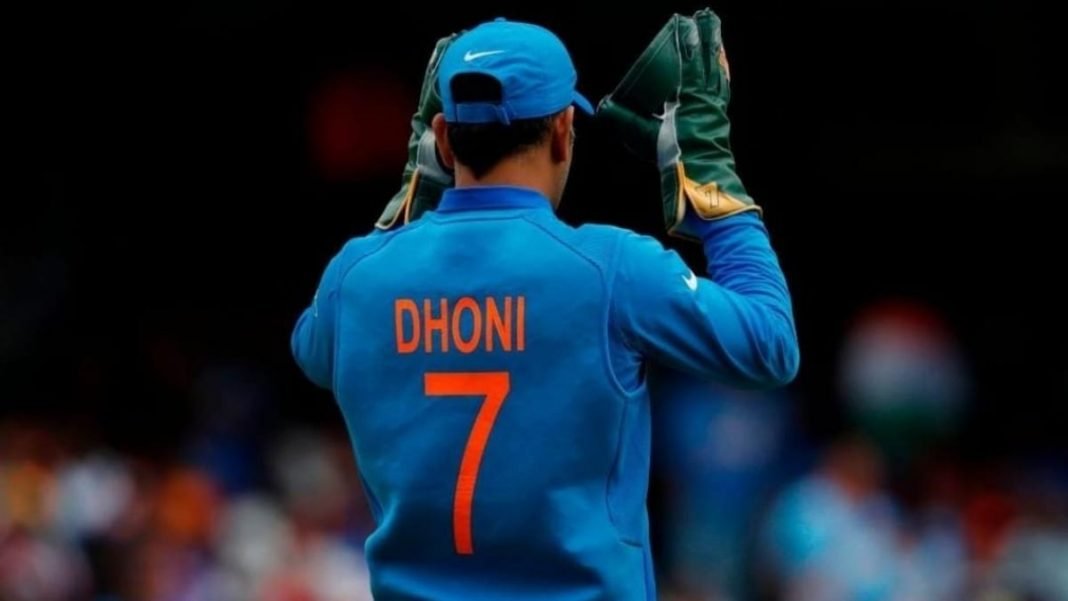 As Dhoni calls out dawn upon his 16 years of International Cricket, his elite fan base and veteran as well as current players urge BCCI to retire Jersey No.7. There was obviously no captain in the sport history of this country, like MSD. Not just did he have an elite Twitter and Instagram following, but even his team mates were in awe of him. He evidently, seems like a charmer as well.

Dhoni quit Tests in 2014 and has not played for the national team since in the limited over format since the semi-final defeat against New Zealand in the World Cup, last year, which was coincidently his 350th One-day international. Similar what has happened with Sachin Tendulkar’s Jersey No.10, along with almost 8 Million Fans, did players like Dinesh Karthik appealed the Board of Control for Cricket in India to retire his jersey number. Many hashtags such as #RetireJersey7.

Dinesh Kartik wrote on his Twitter Handle, “I hope the @bcci retire the #7 jersey in white ball cricket Good luck with your second innings in life, I’m sure you’ll have a lot of surprises for us there too.”

While many fans called out the BCCI, telling them to the same and retire Dhoni’s jersey number. One such fan wrote, “@BCCI should retire “Jersey Number 7” as a Tribute to Legend MS Dhoni.”

Having said all this, no tribute would be enough to justify what Dhoni has done for this country and the heritage of this sport. But no one and absolutely no cricketing soul can wait more desperately to see CSK come out to, and most importantly Dhoni comes out and play from the 19th of September onwards.