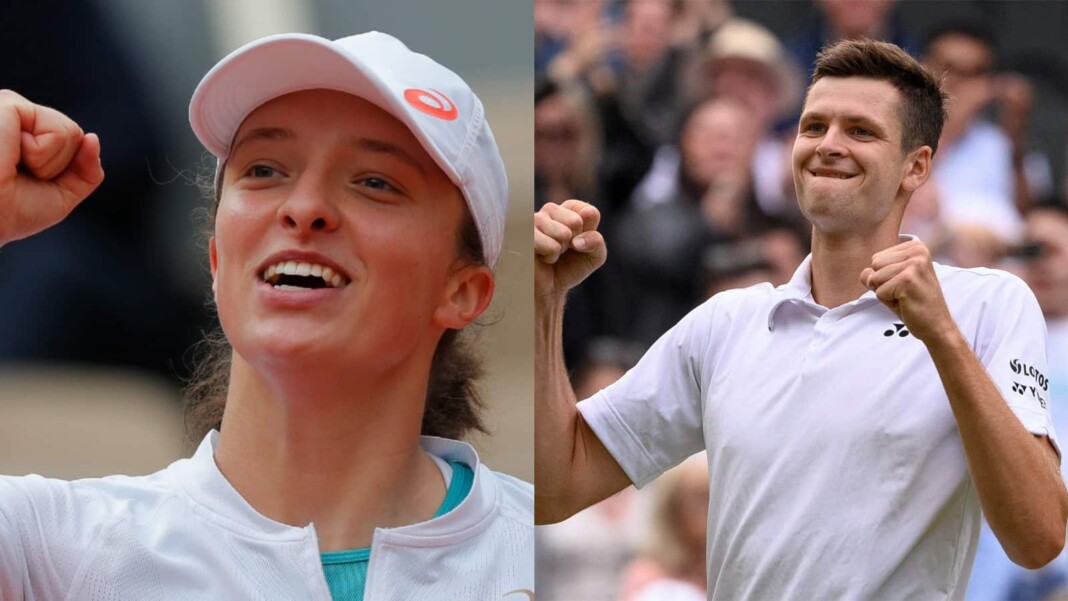 The field for the 2021 ATP Finals is set. Polish star, Hubert Hurkacz has earned the final spot at the season ending ATP Finals set to be held at the Pala Alpitour in Turin from November 14-21.

The 24-year-old is the second Polish player to earn a spot at the event in tournament history — after 1976 runner-up Wojtek Fibak — and will make his debut following a scintillating season in which he reached a career-high No.10 in the ATP rankings and bagged three ATP Tour trophies.

“Growing up as a kid, seeing all those top guys playing in the Finals, it’s inspiring. Now being among them, it’s very special because it’s just eight spots there, so it’s not that easy to get there”, Hubert told nittoatpfinals.com on Friday evening.

Hurkacz clinched his spot by defeating James Duckworth of Australia in three sets to reach the Paris Masters semifinals on Friday evening.

Poland’s Iga Swiatek will make her WTA Finals debut next month after booking her spot for the season-ending tournament in Guadalajara, Mexico.

The 20-year-old will be the first Polish woman to play the WTA Finals since Agnieszka Radwanska in 2016.

Swiatek qualified for her first WTA Finals, last year but the event was canceled because of the pandemic. A year later, after winning the Adelaide International and Italian Open and reaching No.4 in the world in September, Swiatek, now ranked No.10, has qualified again.

Talking at the pre-tournament press conference at Indian Wells this year, the Pole expressed her desire to qualify for the WTA Finals in Guadalajara this year.

A year ago, after shocking the sport by winning the French Open without dropping a set, Swiatek became the lowest-ranked woman, at No.54, to win the title. She was also the first player from Poland to capture a major and the youngest woman to win at Roland-Garros since then-18-year-old Monica Seles in 1992.

Also Read: Simona Halep returns to Linz for the first time since 2012, thanks to a wildcard

‘It’s a lot of adrenaline going on, I hate to lose,’ Daniil Medvedev on provoking the crowd

WTA announces action-packed first half of the 2022 season!

“Be ready for it”: China threatens countermeasures as USA announces diplomatic boycott of Beijing Olympics