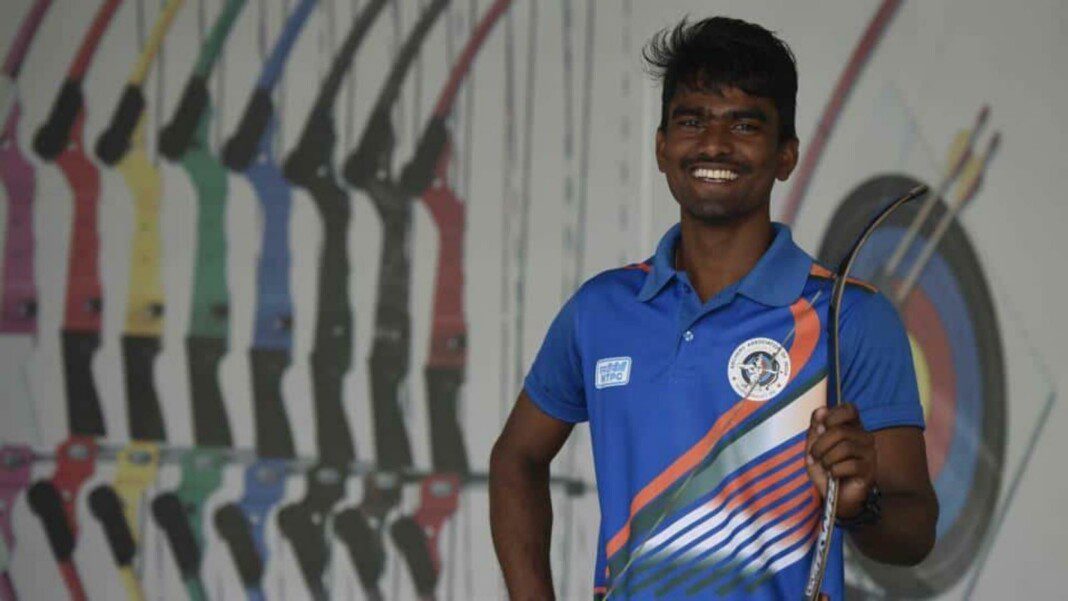 Pravin Jadhav has had a relatively brief but impactful career in archery. He came into the limelight by winning a historic silver at the 2019 World Championships alongside better-known team-mates Atanu Das and Tarundeep Rai. This secured a 2020 Olympic qualification for the trio.

Pravin Jadhav was recently mentioned in PM Narendra Modi’s radio program ‘Mann Ki Baat’ and was also interviewed by the PM during his official interaction with Olympic athletes.

Pravin Jadhav comes from an indigent background as stated by the archer himself in his interaction with the PM. Both his parents are daily-wage labourers in the Satara district of Maharashtra. His father is a construction labourer while his mother is a farm help.

Taking up sport for Jadhav was a way out of poverty and avoiding the fate of his parents. He initially took up athletics as part of the Maharashtra government’s Krida Prabodhini scheme but lacking nutritious food, coaches suggested he take up archery instead. He was sent to train at an academy in Amravati and soon progressed enough to make it to the national team in 2016.

His Worlds silver in 2019 opened up a world of opportunities for him and his family, including household electrification. He is presently employed by the Indian Army under the sports quota and is ranked as a havaldar.

Pravin Jadhav’s story has many similarities with that of Tokyo teammate and fellow archer Deepika Kumari. However unlike the latter who is a medal contender, it is best if fans don’t put up high expectations on Jadhav.

Jadhav at present lacks the requisite experience for an individual Olympic medal and would be looking to take the Tokyo Games as a stepping stone to bigger things in the future.

However with a bit of luck him, Atanu Das and Tarundeep Rai have an outside chance in the Men’s team event.