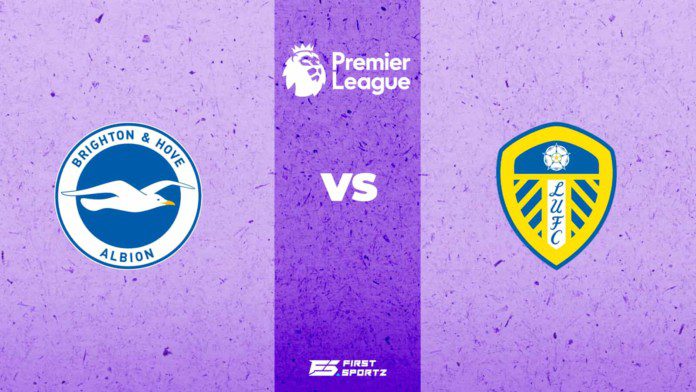 Brighton vs Leeds United: Brighton developed the attacking momentum maintaining maximum possession of the game in the first half. The match remained 0-0 at full-time. Both the teams felt disappointed at full time as they couldn’t get a desired result even with such good attack. It was an overall interesting game seeing both the team generate back to back attacks in search of a goal.

Here are the player ratings for the fixture between Brighton and Leeds United:-

Robert Sanchez (6.5/10): The Spanish keeper made some fine saves in the last minutes of the game helping the team to earn a draw.

Veltman (6.7/10): Did some good defensive work covering James and Roberts from cutting through the wing.

Dunk (6.3/10): Gave an overall good performance by staying put in the center defence area. He made some defensive errors as well.

Webster (6.6/10): He made some good clearances heading away the corners safely and also making some crucial tackles.

Cucurella (7.8/10): He played the wing role very well and managed to collect the ball a lot of times preventing the wingers from converting and he was one of the best players to watch on the pitch.

Bissouma (6.4/10): He played a good game but did not perform at his level best. He couldn’t change the momentum of the game. Moder(5.8/10):Didn’t play quite well today & also failed to convert 2 big chances.

Lamptey (7.6/10): Lamptey made some extraordinary runs playing from the orthodox right wing position. He gave a hard time to the defenders by cutting through the wing.

Trossard (6.9/10): The Trossard Maupay partnership is always a delight to watch. Trossard gave some good pressure in attack and pulled a good shot but was collected easily by Meslier.

Gross (6.4/10): Played a decent game but not at the level best. He could have done better by converting some good movement.

Maupay (5.5/10):Maupay gave some attacking pressure with some fine shots but couldn’t connect them properly. His shots didn’t hit the perfect aim and were well wide of the goal.

March (5.4/10): Tried to send a message by taking a brilliant shot just moments after entering. He was not involved quite much after that.

Meslier (7/10): The Leeds side youth goalkeeper had a great game and made some great saves giving no chance at all to Brighton players.

Firpo (6.1/10): Received a very early booking in the game but provided some good contribution at the wing before being substituted.

Cooper (7/10): Carried out some great defensive work and providing accurate passes in the gap.

Llorente (6.1/10): wasn’t seen much on the field and wasn’t able to stop the Brighton attack from the wing. He had a bad game tonight and also received a booking.

Dallas (6.9/10): Dallas played a good game contributing in both attack & defence and also generating some shots on target.

Phillips (6.3/10): He didn’t play at its level best and lost the ball control often. He was substituted with the end of first half.

Harrison (6.0/10):Couldn’t provide a proper performance but tried his level best to convert the passes better. He was later on substituted with Roberts.

Raphinha (6.1/10): He continued maintaining his role as a key player to his best use but didn’t manage to score a goal.

Rodrigo (6.0/10): He wasn’t involved much into the attack and gave a poor start as he didn’t manage to score.

Dan James (6.1/10): Gave a positive contribution in the attack providing a threat, but lost ball control most of the time.

Struijik (5.8/10):Couldn’t make quite a difference after entering and his performance was poor.

Shackleton (6.1/10). He adjusted well in the midfield area after entering the field.

Roberts (5.8/10): He went on with the attack just after entering the field and managed to draw a fine shot. 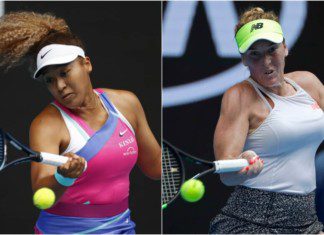