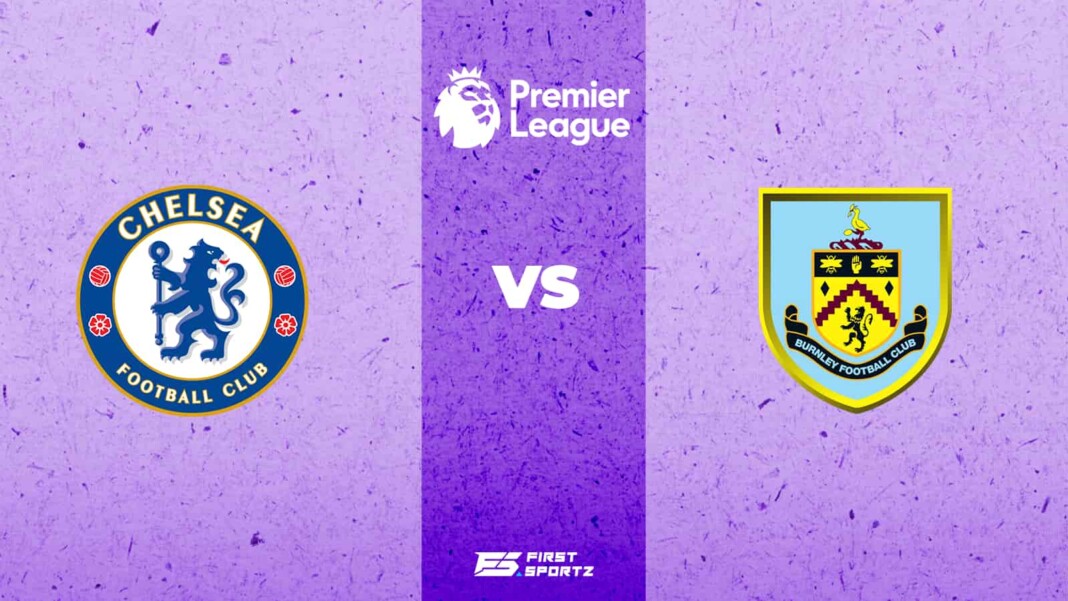 Thomas Tuchel’s Chelsea drew 1-1 to Burnley at home in the Premier League on Saturday evening. A disappointing performance from Chelsea who lost two important points against the Clarets. Kai Havertz scored the first goal for Chelsea in the first half after a fine header. However Matej Vydra managed to find the equaliser.

Here are the player ratings for the match:

Eduoard Mendy (5.5/10)- Eduoard Mendy’a clean sheet streak is finally broken. He could’ve been punished again as Vydra saw him off the line and played a lobbed shot which went wide.

Andreas Christensen (6/10)- The Danish international missed an absolute sitter in the initial minutes. Christensen got ahead of his man to meet Hudson Odoi’s cross but placed his header wide.

Thiago Silva (6/10)- Thiago Silva went awfully close to securing Chelsea’s second goal but hit the post. Silva connects well with the header but it clips off the post.

Antonio Rudiger (6/10)- The German defender will be extremely disappointed that he couldn’t finish of two open headers in the first half. Rudiger was left absolutely open and fired both of them high.

Reece James (7.5/10)- Yet another goal contribution from Reece James today as he got the assist for Kai Havertz in. James played an inviting delivery which was neatly finished off.

Jorginho (6/10)- Jorginho had a decent game today and could be better. He was a bit slow in his passing today and his distribution was not top notch.

N’golo Kante (6.5/10)- A dominant performance from the French international today. N’golo Kante was spread out all across the field and created opportunities.

Ben Chilwell (6.5/10)- Although Ben Chilwell did not get on the scoresheet tonight, he was very impactful. Chilwell was continuously threatening down the left hand side for Chelsea.

Ross Barkley (6.5/10)- Barkley tried his luck after playing a lovely one two with Callum Hudson Odoi and fired a forceful shot. However his right footed hit is just wide of the left hand corner.

Kai Havertz (8/10)- Kai Havertz is getting into the flow now for Chelsea as he scored yet another important goal for the home side. A lovely header to glance past Nick Pope after the cross from Reece James.

Nick Pope (6/10)- Nick Pope made some good saves especially off Callum Hudson Odoi. His handling and gathering of the ball from set piece was also good.

Ben Mee (5/10)- Not the best performance from the defender. He was losing his man on quite some occasions. He lost track of Thiago Silva who came close to scoring a second goal.

James Tarkowski (5/10)- Tarkowski was directly responsible for the first goal from Kai Havertz. He lost his man and this enabled Kai Havertz to get in behind him and secure the header.

Charlie Taylor (6/10)- Charlie Taylor defensively was very compact. He made a couple of important challenges on Reece James in the first half. Matthew Lowton (6/10)- The right back tonight did well to evade the threat of Ben Chilwell on the left hand side. He was continuously up against Chilwell and forced him to go wide.

Josh Brownhill (6/10)- The midfielder covered a lot of ground today for the visitors. He was continuously running up and down the pitch to put pressure on the Chelsea midfield.

Ashley Westwood (6/10)- Westwood was doing well to complement Brownhill in the middle of the park. He made a poor challenge on Ross Barkley and got booked.

Dwight McNeil (5.5/10)- McNeil was made to work tirelessly by Reece James and N’golo Kante on the right hand side. The two Chelsea players played the ball sell and he had to chase a lot.

Johann Gudmundsson (5.5/10)- Gudmundsson tried to put in some good crosses into the box from the right hand side but didn’t have the desired impact. Hence he was substituted by goal scorer Matej Vydra.

Chris Wood (5.5/10)- The main striker hardly got any real opportunities for his team. Hence he had to substituted off in the 60th minute and was replaced by Jay Rodriguez.

Maxwel Cornet (6/10)- Cornet tried an acrobatic shot in the first half from way out which was am easy grasp for Mendy. Moreover he got a yellow card for a poorly reacting against the referee.

Jay Rodriguez (7.5/10)- A fantastic performance from Jay Rodriguez who got in the assist for Vydra. He also had a headed effort go wide from a corner kick.

Matej Vydra (8/10)- The striker got the all important equaliser for Burnley tonight. He gets an easy ball from Rodriguez and has no hesitation in slotting the ball past Eduoard Mendy.