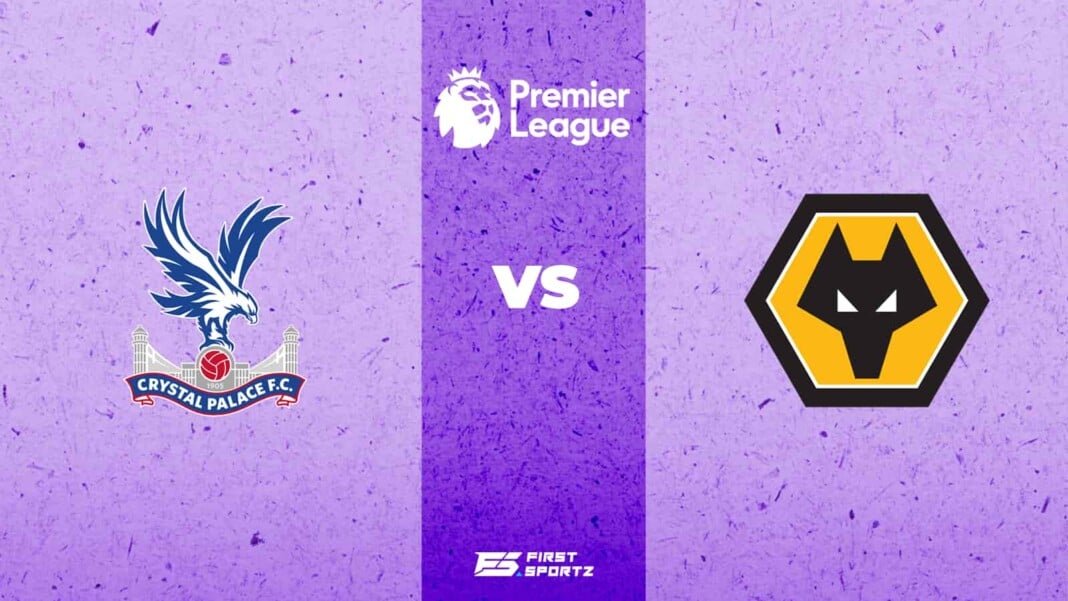 Patrick Vieira’s Crytal Palace continued on their wonderful run of form at home and came out with a comfortable 2-0 victory over Wolves. The home side dominated most of the match and were rightly rewarded for their dominance in the second half, with the goals coming from Wilfried Zaha and Conor Gallagher.

The result meant Palace have now come into the top half of the Premier League table at the 9th position and Wolves sit a place above them on 8th.

Vicente Guaita (GK)- (7/10)- The Crystal Palace keeper did not have much to do in goal, s Wolves seldom threatened on the attack. He did however make a good stop from a tame Jimenez header in the first half.

Marc Guehi (7/10) – The centre back was rock solid for most parts of the match, except for his rash challenge on Semedo in the first half which earned him a yellow card.

Joachim Andersen-(7/10) A commanding performance from the Danish defender. He did not allow Jimenez and Hwang much space inside the penalty box, cutting down most of the threat for his side.

Tyrick Mitchell- (7/10)- Another great performance from the young Crystal Palace defender, who has been superb since the start of the season.

Joel Ward- (7/10) The Crystal Palace right-back was decent, both in defence and attack. He made a stupendous final ditch challenge, to deny Hee-Chan a shooting chance in the first half.

Cheikhou Kouyaté- (8/10) Kouyate served as the defensive midfielder for Crystal Palace and filled in for his centre backs whenever they were on the back foot.

James McArthur- (7.5/10) McArthur was brilliant in the centre of the park for Crystal Palace, pressing Wolves’ midfielders every time they had the ball. He got his reward for the hard yards and played the pass to set Zaha through for the goal.

Conor Gallagher- (8.5/10) The midfielder once again had a great game, making great runs and passes in midfield. He eventually got lucky to score the second goal, as it took a massive deflection off the Wolves’ defenders to go in.

Christian Benteke- (7/10) Not the ideal night for the striker, as he took a few bad decisions, while in attack and also did not look up to the pace of the match.

Odsonne Édouard- (7.5/10) Edouard proved to be a menace for Wolves, creating all sorts of problems with his guile and pace. He made excellent runs and was unlucky not to have scored a goal himself.

Wilfried Zaha- (7.5/10) The winger did not have much impact in the first half, but got into the match in the second half and scored the first goal for Crystal Palace with a perfect finish.

Michael Olise- The midfielder got himself into the game with a decisive challenge on Podence, and earned a yellow card for it.

José Sá- (6.5/10) He was the busier of the two keepers, making quite a few decent saves but could not have done much to stop the two goals.

Conor Coady- (6/10) A decent match for the skipper, who looked to nullify most threats, but had a negative role on the goal his side conceded as he played Zaha onside.

Romain Saïss (6/10)- Saiss was decent in defence, and won most of the aerial duels with Benteke and kept his impact to a minimum inside the penalty box. However, he needs to work on his distribution.

Max Kilman- (7/10) Wolves’ right back defended brilliantly throughout the match and gave hardly any space to the likes of Zaha and Gallagher down the right flanks.

Rúben Neves- (6/10)- Neves was largely outrun by the Palace midfielders throughout the match. He looked harried in possession and had a disappointing pass accuracy of 78, a number that is generally in the high 80s for the midfielder.

João Moutinho- (6.5/10) The Portuguese midfielder, was decent with his passing, as always, but needs to be a bit careful discipline wise. He earned a yellow card for being a bit too eager to win the ball from Edouard in the first half.

Rayan Aït-Nouri- (6.5/10) The left wing-back was good attacking wise but failed to provide the defensive cover. He had almost earned Wolves a penalty with a great run, but the tackle was deemed to be made just outside the box.

Nélson Semedo- (6/10) The Portuguese right-back, was decent going up in attack but struggled defensively. His passing was also off the radar far too often for his manager’s liking.

Raúl Jiménez- (6.5/10) The centre forward has not found his feet since his head injury last season, and struggled to make much of an impact on goal.

Hwang Hee-Chan- (6/10) Hee-Chan did not have a particularly great night in front of goal and fluffed a few chances where he could have shot on goal.

Francisco Trincão- (5.5/10) The Portuguese winger was hardly seen throughout the match, cutting a disjointed figure down the flanks. He hardly got any opportunity to run at the defenders.

Podence- (6.5/10)- Podenco looked lively after coming on for Trincao in the final 30 minutes and made a great run to almost pulling a goal back for his side.

Adama Traore- (6/10)- He came on the pitch for the final 30 minutes but did not get much space to run into and show his blistering pace.