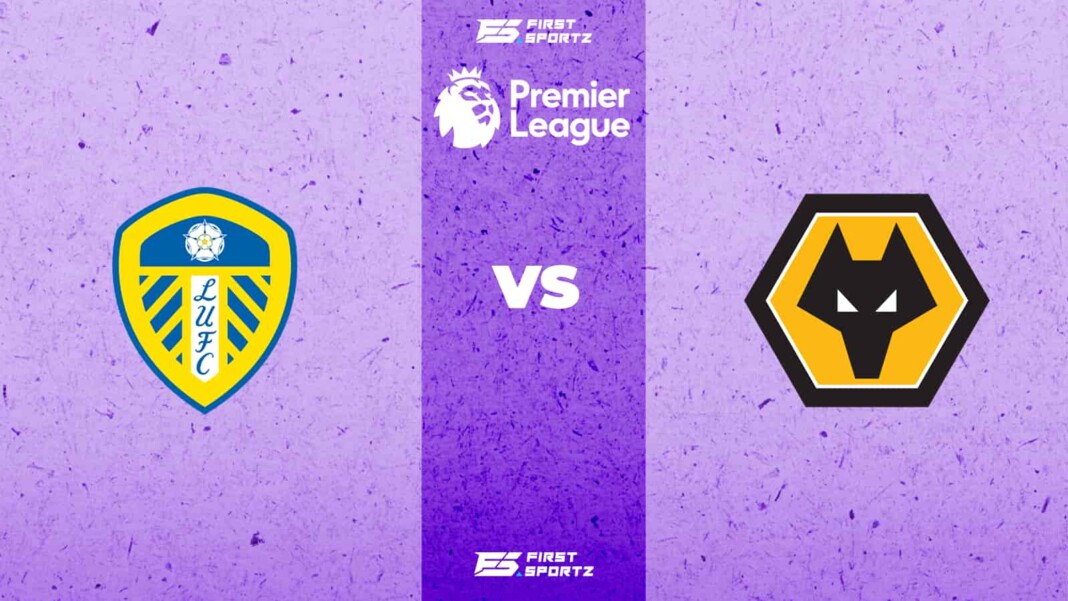 Leeds United rallied back against Wolves to earn a much-needed point for themselves in an exciting contest, which finished all square at 1-1 at Elland Road. Wolves found their opener almost against the tide of play when their South Korean striker Hwang Hee Chang scored a fortuitous goal in the 10th minute.

Marcelo Bielsa’s side fought back hard and almost dominated play from there on, and were deservingly awarded a late penalty after Semedo failed to contain a darting run from Gelhardt inside the 6-yard box. Rodrigo scored the penalty to keep Leeds 3 points from the relegation zone after the first 9 matches.

Illan Meslier- 6.5/10- The young Leeds United keeper had a decent night in goal, and although he failed to stop the Wolves goal, he pulled himself up and showed some incredible footwork, and displayed his full passing range.

Pascal Struijk- 6.5/10- He was good in defense for Leeds United and did not have much of an issue while dealing with the pace of Traore. He completed 88 percent of his passes and also won 5 massive tackles.

Liam Cooper- 6.5/10- A solid performance from the English defender. He did not allow many chances for Jimenez to make runs in behind and formed a formidable partnership with Llorente.

Diego Llorente- The Spanish center-back won 4 aerial balls, and helped his side build calmly from the back. He led the defense well showing his experience.

Stuart Dallas- 7.5/10- The northern Irish international, was a constant threat to the Wolves side as he played higher up the pitch. It was his crosses that looked the most threatening towards the end of the match.

Jamie Shackleton- The young versatile Leeds United midfielder, was employed at right-back, and had a commanding match. He made a tactical foul on Traore to receive a yellow card but showed his presence in critical situations.

Jack Harrison- 6/10- the left midfielder was wasteful in front of goal and took the wrong decision far too often. He missed a huge chance to get the equalizer after having taken on a wayward shot from a difficult position.

Mateusz Klich- 6/10- A disappointing performance from Polish midfielder as he did not have his usual zip about himself in the middle of the park. Could not create much for his side and left the field in the second half.

Dan James- 6/10- Daniel James did not have a great night, as he was employed as a striker, and was largely overpowered by the physical defenders in the opposition. The youngster has not found his feet at Leeds United so far.

Raphinha- 7.5/10- The Brazilian winger, was the brightest player on the pitch for Leeds United in the first half. He took on defenders for fun, ut lacked the final ball to score the goal. However, he was taken off for an injury in the 54th minute.

Rodrigo- 8/10- Rodrigo had many chances to score, and also created chances for his side, and his performance was capped off with a cool and calmly taken penalty in the final minutes of the match.

Gelhardt- 7/10- The youngster was exceptional for Leeds United after coming on in the second half. He fancied plenty of chances for himself with his nifty footwork and ultimately won the penalty off Semedo in the 92nd minute.

Crysencio Summerville- He came on to replace Raphinha in the 54th minute of the match, and looked decent.

Tyler Roberts- 6.5/10- Dictated play after coming on in place of Harrison at the start of the second half.

José Sá- 7/10- The Portuguese international pulled off a brilliant save in the dying moments of the match to keep it at 1-0 for his side. However, he could not save the penalty from Rodrigo and guessed the wrong way.

Conor Coady- 7/10- the veteran center-back was influential at the back for Wolves. He made plenty of tackles and was excellent with his passing helping his side keep possession of the ball.

Romain Saïss- 7/10- Although he earned himself a yellow card early on in the second half, he made a number of blocks close to his goal. He won 3 aerial challenges all of which were very crucial in the context of the match.

Max Kilman- 7.5/10- The young center-back was outstanding in defense, running alongside Dallas and Raphinha on the right side of the pitch.

João Moutinho- 6.5/10- A rather underwhelming display from the experienced midfielder who earned himself a yellow card very early on in the match. His passing too lacked the usual fluidity.

Leander Dendoncker- 6.5/10- Looked pale in midfield in comparison to the runners from the opposition. He often invited too much pressure and made the wrong choice while playing out from the back.

Rayan Aït-Nouri- 6/10- the left-sided defender was largely kept inside his own half and failed to keep Raphinha quiet who simply took him on with ease. He was eventually replaced for the final 10 minutes after suffering an injury.

Nélson Semedo- 6/10- Gave away the penalty in the dying moments after failing to keep up with the pace of Gelhardt. Overall, not a good game for the Portuguese.

Raúl Jiménez- 7/10- Came down the pitch mostly to influence play from a deep-lying position. He won plenty of fouls with his physicality and nifty feet and did decently well.

Adama Traoré- 6.5/10- Traore did not find much space to run into down the right flank. He gave the ball away on occasions when they were in positions near the goal.

Hwang Hee-Chan- 7.5/10- Continued his great run of form ever since joining the club and scored the first goal. He put in the hard yards and linked up well with Jimenez.

Daniel Poodence- 6/10- He came on to replace Adama Traore in the 76th minute of the match.