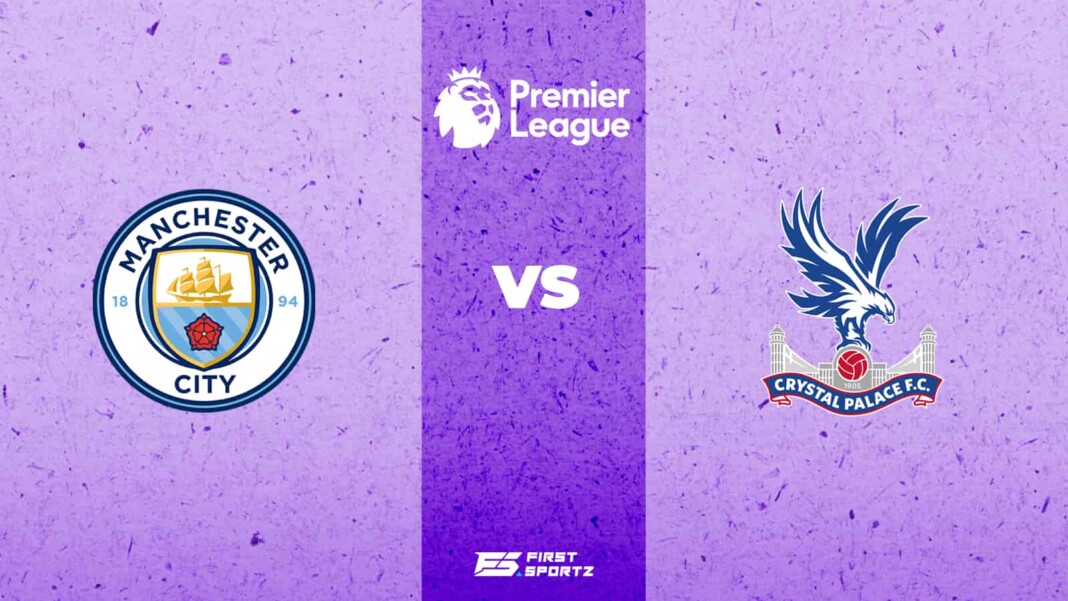 Manchester City were humbled at home by Patrick Vieira’s Crystal Palace as they shipped in 2 goals after being down to 10-men for the entirety of the second half. Aymeric Laporte received a straight red after Wilfried Saha scored from his earlier mistake to score the opener. Gallagher sealed the match for the Eagles scoring from a counter-attack in the final two minutes of the match.

Ederson (6/10) – The goalkeeper did not have his best game, and could have done better for both the goals.

Aymeric Laporte – 3/10- The Spanish centre-back had a horror outing as it was his mistake which allowed Palace’s opener early on in the half and then he made a poor challenge on Zaha to receive a red card leading Manchester City reeling at 10-men.

Rúben Dias- 6.5/10- The Portuguese defender was better than his counterpart, and did well with his passes. He had one header on target.

João Cancelo- 6.5/10- Played as a left back, he was more of a left winger as he had 5 shots on target. He also defended well with 3 tackles to his name.

Kyle Walker- 6/10- The right back put in the hard yards and covered a lot of ground on the pitch.

Rodri- 7/10- Manchester City’s best midfielder on the night, was decent in attacking areas, as he hat two shots from long range.

Bernardo Silva- 6.5/10- Bernardo Silva wasn’t as effective a had been this season, and also received a yellow card late on in the first half.

Kevin De Bruyne- 6.5/10- The Belgian was sacrificed after the hour mark, after an ineffective performance in midfield. He had a pass success rate of only 79 which is very unlike him.

Phil Foden- 6/10- The midfielder, wasn’t effective playing as the focal point in attack and was largely overpowered by the Palace defenders.

Jack Grealish- 7/10- Grealish was the best attack force for his side, and fashioned out plenty of chances in the first half. However, he failed to get the all important goal.

Gabriel Jesus- 7/10- Jesus arguably had the best chances to score for Manchester City but failed to take it. His shot also had a appeal for a non existent handball in the first half.

John Stones- 6/10- He came on as a substitute for Kevin De Bruyne for the final half hour of the match.

Vicente Guaita- 7/10- The keeper was extremely good on the night making a total of 3 saves. The keeper took plenty of time with his goalkicks and ensured a victory for his side.

Marc Guehi- 7.5/10- One of the best nights for the center back, he won 3 tackles and was also good aerially.

Joachim Andersen- 7/10- He was instrumental in keeping the score at 0-0 as he made an excellent block to stop Gabriel Jesus’ goal in the first half.

Tyrick Mitchell- 7/10- The young left-back did excellently well against Jesus’ pace on the wing. He had a great game overall.

Joel Ward- 7.5/10- The right back took the challenge in his stride making giant strides as he made 3 aerial challenges and won 2 tackles against Grealish and Cancelo.

Cheikhou Kouyaté- 7/10- The midfielder was sitting in the hole protecting the midfielders in front of him. He was instrumental as Palace kept the clean sheet.

James McArthur- 7/10- The midfielder had an impressive pass accuracy of 91 percent. He controlled the ball and the tempo for his for whatever time they had it.

Conor Gallagher- 9/10- The youngster made a brilliant pass to setup Zaha for the opening goal of the match. He also scored the second goal sealing the victory for the Eagles.

Wilfried Zaha – 8/10- The English forward created all sorts of havoc for the Manchester City defenders. He scored the first goal and earned a poor challenge on himself from Laporte, bringing Manchester City down to 10 men.

Jordan Ayew- 6.5/10- The winger did not have a great game, and earned himself a yellow card early on in the first half for a poor challenge on Grealish.

Edouard- 6.5/10- The left winger was decent in attack, linking up wel with Zaha and the others doing well in possession.

Schlupp- 6/10- He cake on for the final 15 minutes of the match replacing Edouard.

Olise- 7/10- He made an instant impact and assisted the second goal for Gallagher.

Benteke- 6/10- He replaced Ayew in the second half and was not much on the ball.