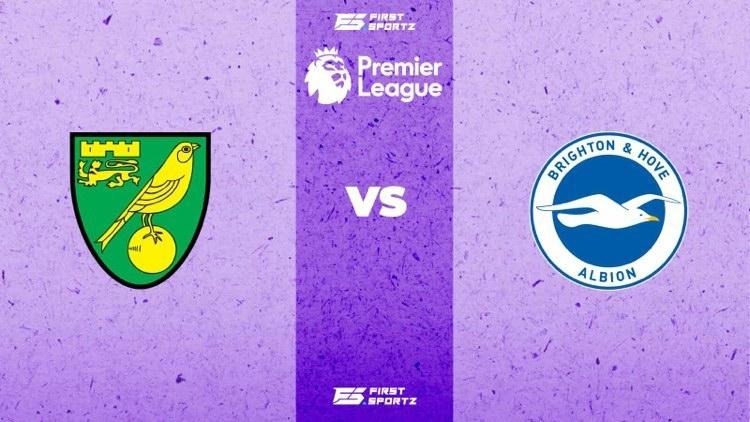 Tim Krul (6/10)- The Dutch goalkeeper will be happy with his performance tonight as he made some decent saves especially in the first half against Adam Lallana.

Grant Hanley (6.5/10)- The big defender could have well opened the scoring for Norwich City. He connected well from the cross by Glannoulls but his header was saved.

Ben Gibson (5.5/10)- The centre back tried his luck at goal in the 79th minute after the pass from Giannoulis. However he couldn’t keep his left footed shot on target.

Ozan Kabak (5.5/10)- The Turkish defender was not at his best tonight and looked troubled at times. He even got booked for a rash challenge early on in the first half.

Dimitris Giannoulis ( 6.5/10) – Giannoulis provided several deliveries for the likes of Sargent and Pukki who couldn’t score. Moreover he was also booked in the second half.

Max Aarons (6.5/10)- Max Aarons looked solid in possession and didn’t give much space to exploit. However he needs ro contribute more to the attacking department.

Mathias Normann (6.5/10)- Normann tried his luck from a free kick opportunity but couldn’t keep his shot under control. His right footed shot from outside the box was high.

Kenny McLean (5.5/10) – Kenny McLean had a very quiet match and could hardly be seen. He needs to get involved much more in the play.

Pierre Lees-Melou (6/10)- Lees Melou was combining well with Sargent but couldn’t find the back of the net. His attempt in the first half was off target.

Teemu Pukki (6/10)- The striker wasn’t at his best tonight and couldn’t live up to his reputation. He had a great opportunity in the second half from inside six yars but dragged his shot to the right.

Joshua Sargent (7/10)- The young American international was bright in the attack and forced a good save out of Sanchez. His shot on the turn from outside the box was a good one.

Milot Rashica (5/10)- Milot Rashica came on in the second half to replace striker Joshua Sargent. Rashica was almost through on goal but was tackled by Dan Burn.

Robert Sanchez (6.5/10)- A good performance from the Brighton and Hove Albion goalkeeper tonight who made a good save in the first half to deny Joshua Sargent.

Lewis Dunk (6.5/10)- Defensively the England centre back was very good tonight. However he will be disappointed at missing a chance following the cross from Gross.

Dan Burn (6.5/10)- Linking up with Lewis Dunk, Dan Burn was also good tonight. He was involved a lot especially blocking off shots from Joshua Sargent. He put in an important tackle on Rashica at the end.

Shane Duffy (6/10)- The defender got big to reach highest to the cross from Gross. But his header from the center of the box was wide to the left hand side.

Jakub Moder (5/10)- The midfielder was average in his performance tonight and needs to improve a lot. His passing today was off the mark.

Pascal Gross (7/10)- The midfielder was a bright spark for Brighton tonight. He was continuously putting in crosses inside the penalty box for Maupay and Trossard who couldn’t convert.

Adam Lallana(6.5/10)- The former Liverpool man had some chances in the first half but couldn’t convert them. One of his left footed shots was saved by the Norwich goalkeeper.

Marc Cucurella (6.5/10) – Cucurella was another player for Brighton who looked good tonight. Continuously running up and down the wing, he covered a lot of ground for the Seagulls tonight.

Joel Veltman (6/10)- Veltman was continuously called into defensive duties and put in some important tackles which resulted in corner kicks. Moreover he even got booked in the 15th minute.

Neal Maupay ( 6.5/10)- The forward for Brighton and Hove Albion was trying to create opportunities but his teammates couldn’t support him. He created a good chance for Moder whose shot was weak.

Leandro Trossard (6/10) – The French forward had an initial crack at goal inside the first five minutes. However his left footed shot was blocked off.

Solly March (6/10)- Solly March came on in the 66th minute to replace Marc Cucurella. He created a good chance for Neil Maupay who squandered his shot.