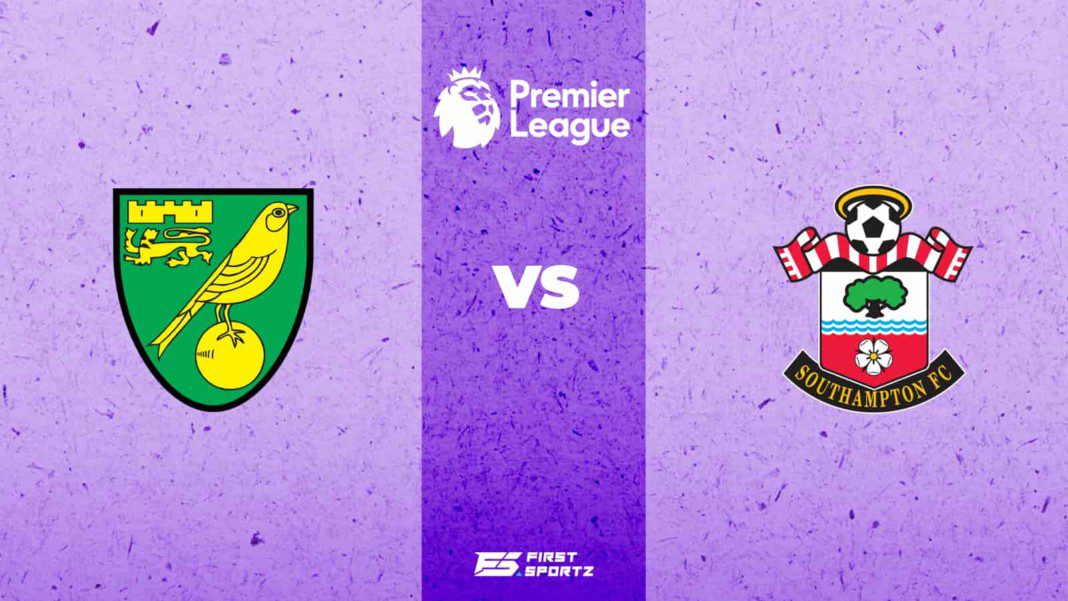 Norwich City played a magnificent home game against Southampton and did finish on a high note. There was two much adrenaline in the two teams as the whistle blew and the match kicked off.

Norwich having the home advantage failed to showcase good defence in the first few minutes itself and conceded a magnificent goal by Che Adams in the fourth minute of the game. Southampton couldn’t hold onto the lead for too long as Teemu Pukki’s equaliser in the next couple of minutes set the match straight.

Both the teams entered the second-half with 1-1 in hand. However, Norwich City were lucky to get their acts correct as Grant Hanley scored a magnificent goal to make it 2-1 in the 79th minute. The match was pretty much average and the teams didn’t show too much of agression as Norwich beat Southampton by 2-1 and claimed the three points.

Here are the player ratings for the encounter between Norwich City and Southampton:

Tim Krul (GK) (7.2/10) : A wonderful night for Krul indeed. He made some pretty good saves with the gloves to help his side claim a comfortable win. He was brilliant at guarding the goal.

Max Aarons (6.8/10) : Aarons assisted brilliantly in the fourth minute of the match to Teemu Pukki who sent it past the goalkeeper to grant the lead to the homeside. Good game over-all.

Grant Hanley (8.2/10) : The captain was certainly the star of the show and home Hero as he scored the winning goal for Norwich. He was brilliantly assisted by Billy Gilmour and he finished in the back of the net to make it 2-1.

Ben Gibson (7.1/10) : Ben was brilliant with defence. He made as many as six clearences and blocked three good incoming shots.

Brandon Williams (6.7/10) : A decent performance by Brandon Williams. He did a fine job at defending the ball and winning a couple of interceptions. He also did well at ground duels.

Billy Gilmour (6.8/10) : Gilmour magnificently assisted the ball to the star of the night, Grant Hanley, who put it in the back of the net to help his team get over the line. Apart from that he did a fine job in the midfield with his other contributions.

Mathias Normann (6.4/10) : A pretty average game for Mathias as he barely kept control of the ball and lost possession on as many as 21 occasions.

Kenny McLean (6.8/10) : Kenny was one of the most effortless players in the games and he was barely hesitant to take on the duels. He won fair few of them while lost the others, losing possession.

Milot Rashica (6.7/10) : Milot had a decent game over-all. He had one shot on target but denied by the goalkeeper. He did lose possession on one too many occasions.

Teemu Pukki (7.2/10) : Norwich went right back at Southampton courtesy of Teemu Pukki’s classical goal. He nodded a brilliant header past McCarthy and made it 1-1 in just the 7th minute. A brilliant start indeed for the match.

Todd Cantwell (6.4/10) : Just the 45 minutes on the clock for Todd. He did contribute well in his short stint but wasn’t impactful enough for his team.

Alex McCarthy (GK) (6.3/10) : Alex made a couple of good saves but couldn’t help control the two goals he let past him that cost Southampton the game.

Tino Livramento (6.5/10) : Livramento was quick with his feet to win ground duels and Interceptions but he failed to win any aerial duels that he challenged. Overall, he had a decent game.

Jan Bednarek (7/10) : Bednarek had a good game overall. He managed to make as many as five clearences while also he did a brilliant job at winning aerial duels, almost all of them. An excellent performance.

Mohammed Salisu (7.1/10) : He was an asset in the defence for Southampton but couldn’t help contain the two goals that sneaked past him and others. However, he made some good clearences and Interceptions but lost posession on multiple occasions.

Kyle Walker-Peters (6.7/10) : Kyle did a decent job at defence but wasn’t too helpful in coordinating with the others to keep the ball away from the defence.

Ibrahima Diallo (6.7/10) : Ibrahima didn’t hesitate in taking on the ground duels and won plenty of them. He managed to make some good dribble attempts, however, weren’t too impactful.

James Ward-Prowse (8.2/10) : The captain was the lone performer in the struggling Southampton side. He provided with excellent long balls and had a couple of attempts at goal himself to help his side with whatever he can.

Oriol Romeu (6.9/10) : A pretty disappointing performance by Oriol. He did all he could with his skills and passing but couldn’t help Southampton with a solid game plan forward.

Mohamed Elyounoussi (6.9/10) : Had a couple of shots off target and that was the only thing he managed to pull off in his short stint of 57 minutes.

Adam Armstrong (7/10) : Adam hooked Che Adams with a brilliant assist to help the Saints get the lead in the fourth minute of the game. A brilliant performance playing forward by Adam Armstrong.

Che Adams (7.4/10) : Adams was hooked on with a brilliant assist by Armstrong. He then took it down and smuggled it past Krul to the bottom right corner of the net to make it 1-0 in just the fourth minute of the game.