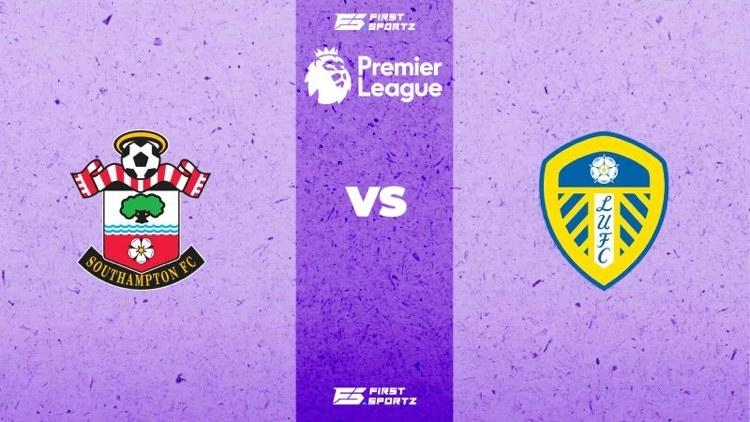 Southampton came out with a hard fought 1-0 victory against Leeds United. The Saints scored through Armando Broja early on in the second half, and defender their lead heroically late on as Marcelo Bielsa’s side pushed hard to get the all important equalizer.

The victory meant, Southampton moved up to the 15th position in the league table, while Leeds continue to struggle for points after their impressive season last year. Leeds are still on 6 points after 8 matches and are just a spot above the relegation zone.

Alex McCarthy- 6/10- The goalkeeper had a half decent match, as he did not look convincing in his handling. Interestingly, he did not make any saves.

Mohammed Salisu- 7/10- The right back had a pass accuracy of 100 percent and made some excellent blocks.

Jan Bednarek- 6/10- The centre back did not make many mistakes in defence, and marshalled Rodrigo very well.

Romain Perraud- 7/10- Perraud was solid in defence, as well as going forward. He made a few good runs down the left flank.

Valentino Livramento- 7/10- Livramento, the Norwegian midfielder, was one of the best players on the pitch for the Saints and pulled all the strings.

Oriol Romeu- 6.5/10- The midfielder proved why he is so highly rated in the Premier League and created many chances for the home side. He was also there to stop counter attacks.

Ibrahima Diallo- 7/10-Diallo drew many fouls for his side, as the Leeds players failed to match his energy levels in midfield.

Mohammed Elyounoussi- 7/10- He hogged the left flank and had an excellent match as he made plenty of darting runs inside the box.

Moussa Djenepo- 6.5/10- The midfielder was a constant threat in for the Leeds United defender, but was eventually replaced in the 65th minute.

Nathan Redmond- 8/10- The English forward, had a good match and was the main creator of the Saints’ goal as he burst forward with pace from the counter. He provided the selfless pass which resulted in the assist for Broja’s goal.

Armando Broja- 7/10- The striker scored the first goal for Southampton with a great finish. He looked lively for most parts of the match.

Armstrong- 6/10- The midfielder came on to replace Djenepo in the 65th minute of the match.

Illan Meslier- 6.5/10- The young Leeds United goalkeeper, had a good match but failed to keep out the goal. He was good his feet and always egged his side on the front foot.

Liam Cooper- 7/10- Cooper was the best of the centre backs for Marcelo Bielsa’s side. He was good with his positioning and prevented many chances on their goal.

Diego Llorente- /10- Llorente wasn’t his usual self, and looked off the pace. The Spaniard went into the referee’s book after a bad foul on Elyounoussi.

Pascal Struijk- 5.5/10- The Leeds United defender had a horrid match, and earned a yellow card for his poor challenge on Diallo.

Stuart Dallas- 7/10- The versatile Leeds United midfielder was excellent defensively, and thwarted the attackers from the other side. He was also good going forward.

Jamie Shackleton- 7/10- The central midfielder was clearly the best player on the pitch for Leeds United. The youngster showed his impressive dribbling skills when on the ball and ended up with a pass percentage of 87.

Tyler Roberts- 6.5/10- The midfielder did not have much impact on the ball and received a booking for pulling down Diallo.

Mateusz Klich- 6/10- Kilch was often caught out of position which opened up spaces for the opposition side in attack. He also made a few poor passes when his side needed a good final ball.

Jack Harrison- 6/10- The winger did not provide much in attack for Leeds United as he did not get on the ball much.

Daniel James- 6.5/10- The former Manchester United winger found space in attack down the left flank, but could not find the final pass.

Rodrigo- 6/10- The Spanish striker looked isolated up front and failed to create shooting chances for himself. He was taken off minutes after Southampton scored.

Forshaw- 6/10- The defensive minded midfielder came on to replace Rodrigo for the final half hour.