Liverpool put forth a blistering attacking performance at the Vicarage road to defeat Watford in a comprehensive way. It’s the start of a crucial week for Liverpool wherein they play three crucial away games. Salah, Mane, and Firimino gave Liverpool a perfect start to their pivotal run of games. Sadio Mane scored Liverpool’s first goal courtesy of a glorious pass from Mo Salah.

Roberto Firmino doubled their lead as he scored from a close range with Milner providing an assist. Then Mohamed Salah scored one of the goals of the season as he defeated Watford’s defenders in the box and increased the Reds’ lead. Further, Roberto Firmino went on to score two more goals to complete this hat trick.

Foster was beaten by Salah’s glorious pass to Sadio Mane who scored with an accurate finish. However, the keeper saved Salah’s shot a couple of times to deny the goal. He also covered the space very well by going forward to dent Egyptian’s attempt. It could have been worse but Foster made some decent saves to reduce the damage.

Salah troubled former Spurs with constant runs and key passes from the right flank. The Egyptian, with his sublime tricks and tweaks, defeated Rose to score a glorious goal. Further, he could not offer much in the attacking sense.

Ekong won some of his ground duels and made some tackles to offer something in the rearguard but Liverpool was just breathtaking. He lost possession many times in the game which aided Liverpool in some or another way.

Wasn’t too strong aerially but tried to offer stability in defense with tracking the forwards. However, Salah with his sublime turn defeated Cathcart to score a goal. Further, Craig could not do much to stop the Reds’ blistering liquid football.

Mane. Firmino and later Tsmikas were lethal down the left flan and Feminia just could not cope up with the pace of the movement and the attack.

Masina was aerially strong earlier in the game and tried to stop the breakthrough plays of Liverpool. However, he was substituted at the break by Ranieri.

Sissoko was Watford’s best player in a dull performance. He was great in the midfield. He blocked some shots and made interceptions to offer something in the game.

quite an uneventful from the Watford midfielder who was mostly a visitor for most of the game. He lost the midfield battles with Keita and Henderson.

Lacked the positional awareness to track inside movements of Firmino and co. Lost majority of his ground as well as air duels.

Wasn’t his best performance for sure but the promising winger offered some moments in the attacking sense which gave the crowd hope.

He lacked the service from the midfield. However, he had one good choice at the left side of the pitch which went just wide.

He came off the bench at the break. But, he could affect the game much as he did not have room to run the midfield.

He didn’t have much to do as Liverpool’s backline just like their attack was faultless. However, he did provide a good distribution to impress his gaffer.

Trent was back after an absence and was right after it. His passing was slick as usual and he commanded the right flank throughout the game.

Matip was aerially good as he made great aerial clearances. Was comfortable throughout the game and partnered with Van Dijk very well.

Van Dijk was a calm and composed figure. He made a great block for one Sarr shot while he did pretty well while on one on one with him.

Robertson was full of energy and made great runs down the flank and combined with Mane very well.

His passing was decent but lacked aerially at times. However, he combined very well with Milner and provided a bit of attacking spark from midfield.

Controlled the midfield and got along with the pace of the game. Combined well on the right flank with Trent and Salah.

Milner has been a go-to man for Klopp. He was very good physic-wise and won his midfield battles.

The Egyptian is arguably the best player in the world at the moment. He provided a glorious pass for Mane’s goal and then scored an absolute beauty of a goal by himself.

The Brazilian was back in the squad and it was a great return He was the right man at the right place and scored a hat trick. He combined Mo and Mane very well as usual.

Sadio Mane has regained his form and was very impressive in this game. He opened Liverpool’s goal galore with well-taken finish.

Coped up with the pace of the game very well and was blistering on the left flank since coming on. 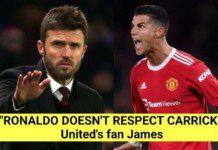 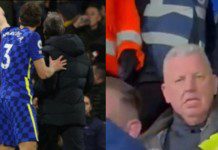 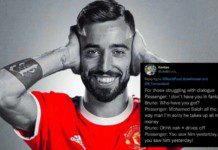 Exclusive! “I Will Transfer You In Right Now”: Fan Mocks Manchester United Player Bruno Fernandes After The Arsenal Game 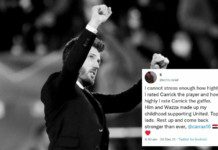