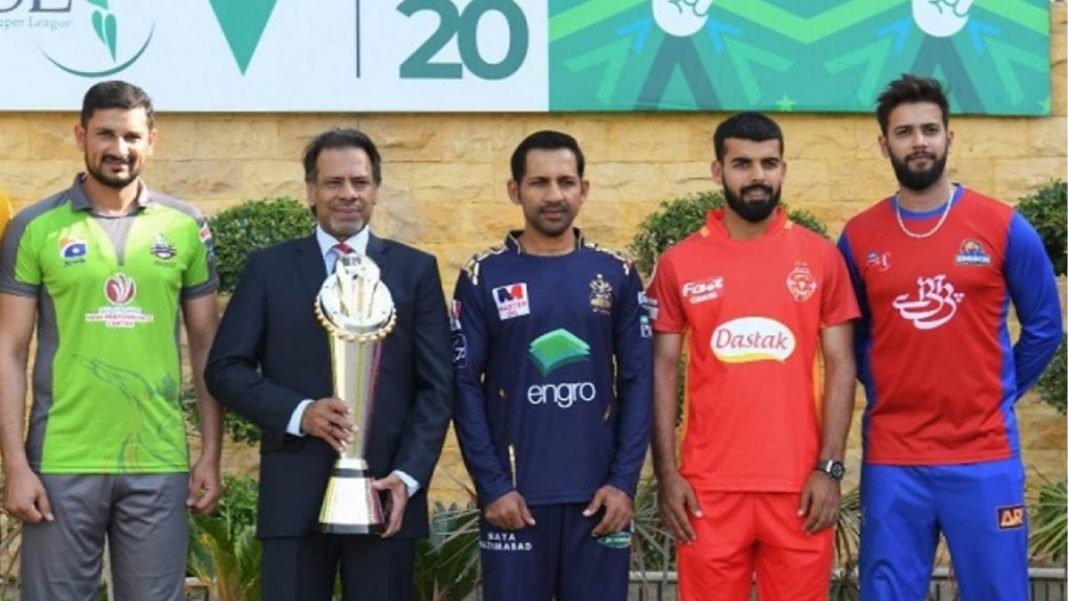 The ongoing Pakistan Super League (PSL)  on Thursday got postponed with immediate effect as three more cricketers tested positive for COVID-19, taking the total number of cases  to seven. The seven cases consist of six players while one is a support staff member.

‘Following a meeting with the team owners and considering the health and wellbeing of all participants is paramount. The Pakistan Cricket Board has decided to postpone the HBL Pakistan Super League 6 with immediate effect,’ the PCB said in a statement. The Board made the decision after 7 people tested positive .

PSL has been hit by COVID-19 cases with the governing body confirming that three unnamed players. Two different teams tested positive for the virus and will now self-isolate themselves for 10 days. The players who were tested positive were not the part of the Wednesday games.

Foregin players and staff expressed concern over the situation

As some of the foreign players and few local team officials expressed their concern over the situation, Australian all-rounder, Dan Christian decided to fly home immediately.

Many foreign players also wanted to return home immediately. While a former Pakistan captain decided to leave the bio-secure bubble at the team hotel and go back to his home in Karachi. Tom Banton England Batsmen was one of the players to teat positive.

On Wednesday, the Board had offered coronavirus vaccine doses to all participants of the league.

PCB CEO, Wasim Khan said that the Board has been in discussions with the federal and provincial government officials. Highlighting the national cricket teams’ international engagements and commitments as well as the significance and credibility of the league. ‘The PCB takes the health, safety and wellbeing of its players and officials very seriously,’ he said.

It is noteworthy that the PCB was forced to call of the event last year as the virus struck the tournament in 2020 as at that time group stages were completed and then the tournament was held in November.