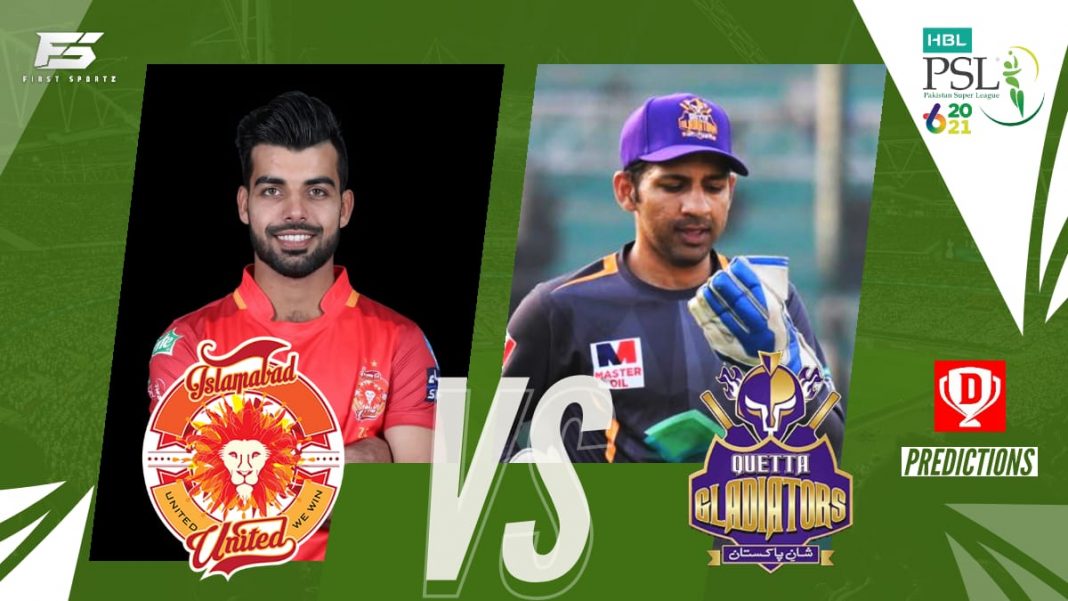 The 12th match of the Pakistan Super League (PSL) 2021 will take place between Islamabad United (IU) and Quetta Gladiators (QG). Both sides will lock horns for this clash on March 01, 2021, at the National Stadium in Karachi. The game will kickstart from 7:00 PM local time – 7:30 PM (IST) onwards and will be streamed live on Sony Sports Network and Sony Liv.

Both the sides have played three games each before coming locking horns in this clash. However, IU registered wins in two of those matches while QG lost all three of them. But the former side too witnessed a defeat in their last match played against Peshawar Zalmi.

Despite defeats in their previous matches, the sides might take the field with the same playing XIs in this game as well.

Let’s look at our fantasy 11 predictions for this clash and here are the top picks for IU vs QG.

Here are our three picks for probable Dream11 Fantasy captain for IU vs QG:

Here are our three picks for probable Dream11 Fantasy vice-captain for IU vs QG: