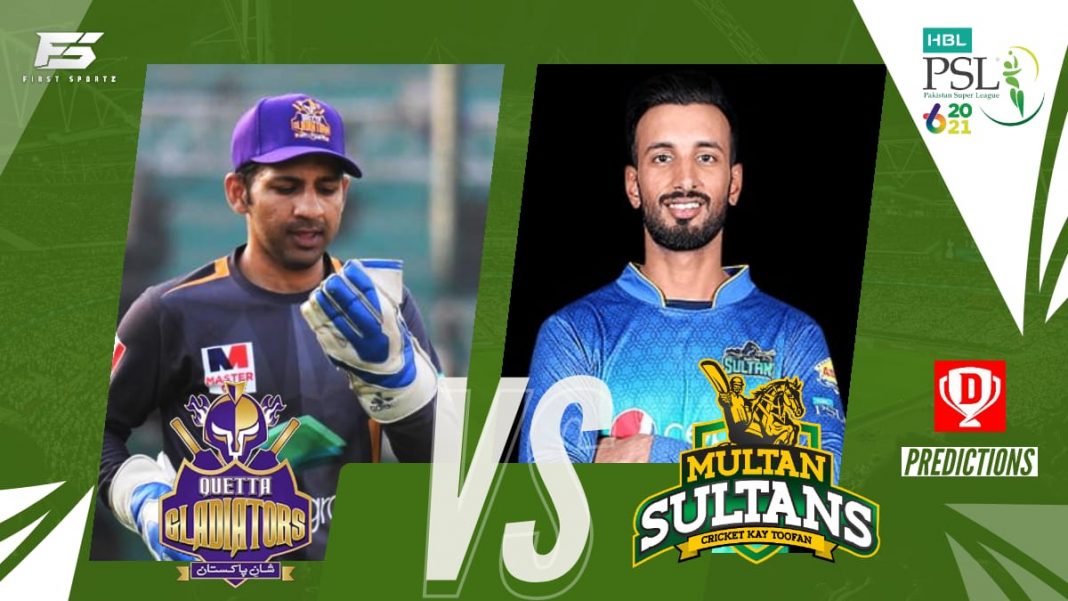 The 14th match of the Pakistan Super League (PSL) 2021 will take place between Quetta Gladiators (QG) and Multan Sultans (MS). Both sides will lock horns for this clash on March 03, 2021, at the National Stadium in Karachi. This will also be the second game of the double-header taking place on this day. The game will kickstart from 7:00 PM local time – 7:30 PM (IST) onwards and will be streamed live on Sony Sports Network and Sony Liv.

Both sides are currently struggling at the last two spots in the Points Table. After playing four games each, Multan Sultans have only a single win against their name while Quetta Gladiators lost all of them. As a result, both teams are desperate to register a victory in this encounter to sustain their chances to qualify for the playoffs.

Qz and MS consist of some outstanding T20 players in their lineups but they have failed to deliver on the field so far. However, no major changes are expected from the camps ahead of this clash.

Let’s look at our fantasy 11 predictions for this clash and here are the top picks for QZ vs MS.

Here are our three picks for probable Dream11 Fantasy captain for QG vs MS:

Here are our three picks for probable Dream11 Fantasy vice-captain for QG vs MS: