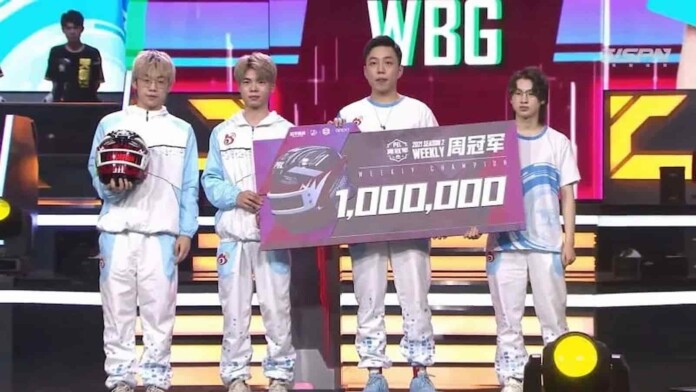 The second week of Peacekeepers Elite League PEL 2021 season 2 concluded we get our new champions “Team Weibo“. With the title of week 2 champions they also get the prize money of 1,000,000 Yuan.

At the end of the second weekly finals, Team Weibo leads the points table with a total of 74 kills and 156 points to their name. Fan-favorite Nova XQF secured second place with 51 kills and 104 points. Here we will discuss about the MVP’s and everything else about the final day.

The first match, played on Miramar, was won by Team Weibo with five frags, followed by The Chosen with eight frags. Nova XQF eliminated eight enemies from the lobby, with Yi bagging five kills to be awarded the MVP title.

JDE clinched to victory in the second match, played on Miramar, with 11 kills. They were followed by Team Weibo and LGD with eight and ten frags respectively. Q9 took five kills in the match.

STE claimed the third match, played on the rain forest map of Sanhok, with nine eliminations. The fourth match, played on Erangel, was won by Nova XQF with eight kills. However, TEC topped the points table with nine frags in the match. Team Weibo showed amazing consistency to grab eleven frags.

The fifth and final match of the day was once again won by Nova XQF with twelve kills, with Yi alone picking up five kills. They were followed by Show Time with seven kills. LGD eliminated nine enemies from the lobby. RNG 77H was awarded the MVP title for the match, as he eliminated four enemies.

Team Weibo performed very well in the Week 2 day 2. RNG 77H was awarded the MVP title for the second week of the PEL, as he secured 20 kills with an average survival time of 21:29 minutes. 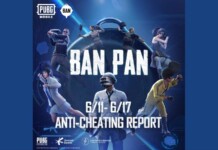