PUBG Mobile New State has just released worldwide today on 11th November, 2021 and players have been rushing to play the game. However, PUBG New State for iOS devices has still not released as of yet, as reported by iOS owners.

The Android users can download the game right now from the their play store but the release for iOS devices is still no clear. Players have been encountering a “Pre-Order” option in the Apple App Store and cannot download it yet. However, servers are stacked for Android players as well and only a few can make it into the game.

When is PUBG New State for iOS coming?

PUBG New State is one of the most awaited versions of the game in India and has released world wide today on 11th November, 2021. However, Android players can now download the game, but the iOS players cannot.

The game promised better graphics and also some new features for the players to enjoy.

The date was supposed to be the same for both the device variations but some problems seems to have emerged. The Apple App Store still shows the “Pre-Order” option for users, which means that the game cannot be downloaded as of yet.

The clear reasons for these are not known as no statement has been released by Krafton. But iOS players can still pre-order the game to get the in-game rewards and benefits.

(Update: PUBG New State for iOS has come out at 12:15 PM IST in the Apple App Store making it downloadable for the players.)

Also read: PUBG New State server error: How to fix ‘unable to connect to the server’ and other issues in the game? 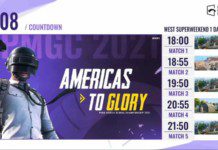 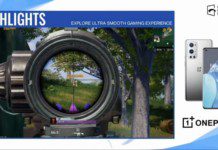