Krafton Inc. announced PUBG New State around three months ago. PUBG New State mobile is the latest addition to the PUBG franchise made the fans excited but after that there was not much buzz about the game.

Fans have been waiting for further news about the game, and today, the details regarding alpha tests for PUBG New State have been made public via a video on its YouTube channel and social media handles. The pre-registration process has started on the Google Play store there are also pe-registration rewards for survivors.

Here we wil discuss when PUBG New State will be available and what has Krafton Inc. has said on it.

The announcement of alpha testing has got fans excited. It states that the process will kick off in the next few days. However, the tests will initially be made available in the United States for Android devices only. This is the latest progress after the announcement of pre-registrations of PUBG New State.

Although the game will initially be available to the United States only in the first place but you can expect the global release to be soon as well. Still the release of the game in India is doubtful as the Indian Battlegrounds Mobile India (PUBG Mobile India) is set to release in India.

You can follow the below given steps to pre-register for PUBG New State:

Step 1: They can visit the Google Play Store page of the game. The link for it has been given in the above tweet.

Step 2: Next, users must tap on the “Pre-register” option. A dialog box appears, and they may click on “OK” to complete the process.

Step 3: Gamers can also press the “Install when available” option if they desire to download the game when it is made accessible.

PUBG New State Mobile is set in 2051, and TROI is the new battleground in the game. Like other battle royale games, it would also have 100 players drop onto an island, with the last player alive standing victorious.

The much-awaited title will feature futuristic tools and equipment, including combat roles, ballistic shields, and drones. On top of that, PUBG New State will offer ultra-realistic graphics, weapon customization, and more. 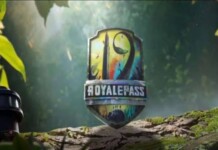 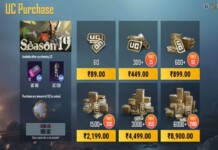 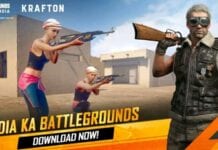