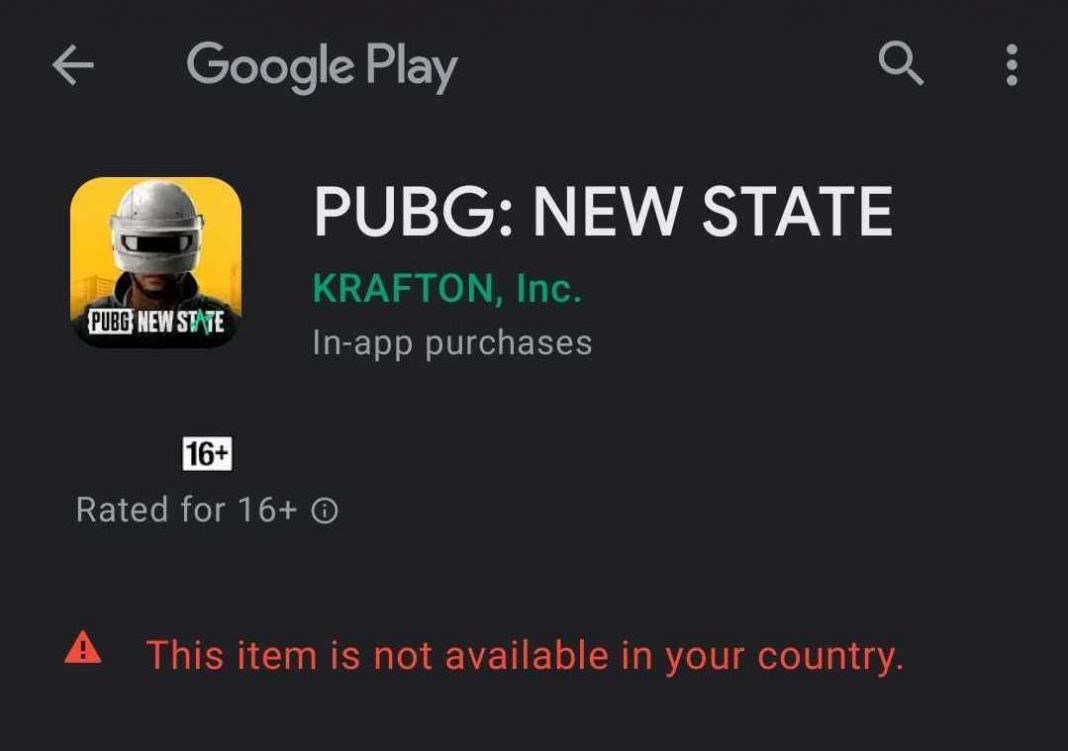 PUBG New State, a different chapter in the PlayerUnknown’s Battlegrounds, has already kicked off a few days back. The latest version is more futuristic and indulges new chapters along with some intense gameplay experience. Sadly, the PUBG New State Pre-Registration not available in a few countries. Scroll down the know the names of the countries.

Three Counties Where PUBG New State Pre-Registration are not Available

Although the version has landed in the esports gaming scene across the world, the game is still not active in India. The pre-registration of the latest addition PUBG New State is not available in the country.

India has already banned the older global version of PUBG Mobile. Even after five months of the ban, the game has no such possibilities to come back.

The PUBG New State officials, after receiving immense love and support amid the release, say,

“Thank you all for the amazing reception and interest for PUBG: NEW STATE. We will be slowly revealing more information on our social media channel in the near future, so make sure to follow them for the latest news and updates! Don’t forget to pre-register as well!”

The reason for this unavailability is still not public. A lot of news outlets including FirstSportz are approaching Krafton to get the answers. The pre-registration is already live and if you haven’t pre-registered yourself, go get it.