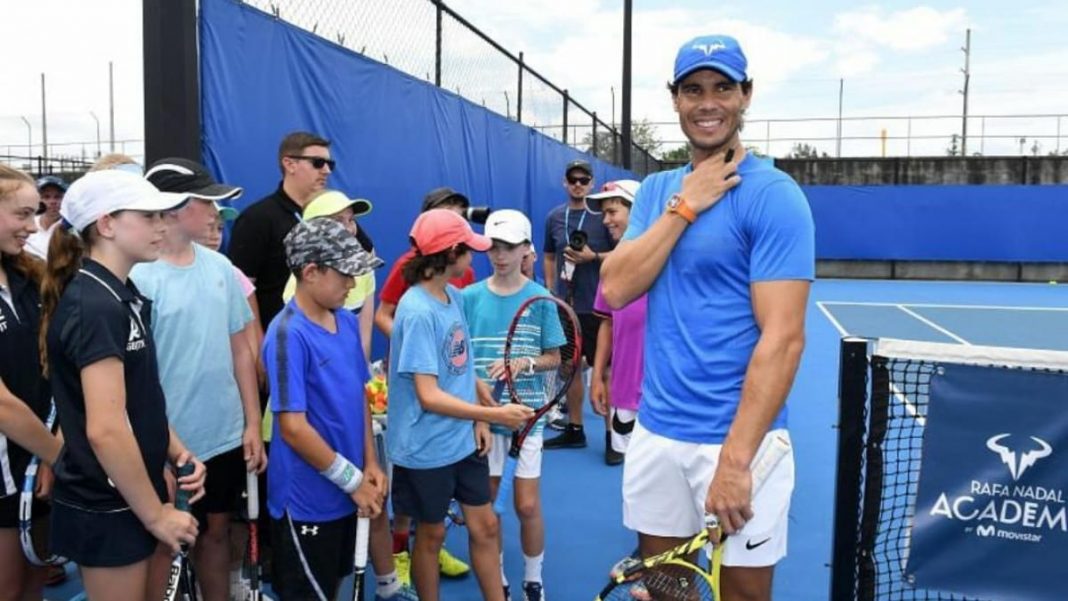 Tennis star Rafael Nadal‘s charity organization – the Rafa Nadal Foundation – has announced the creation of a new center in Madrid. The foundation’s new facility will be focused on helping children (and their families) who have been severely impacted by the ongoing COVID-19 crisis.

The two established Palma and Valencia centers focus on three areas for minors – sports, educational and psychosocial. The facility aims to ‘provide children with the tools and support necessary to strengthen their social integration and promote their personal and educational development’.

Well-known Spanish electric utility company Endesa has contributed to the new center through a sizeable donation, as part of the company’s Public Responsibility Plan. Their assistance was acknowledged by Rafael Nadal’s wife Maria Francisca Perello – better known as Xisca – who is also the Director of the Foundation.

“The situation that we are experiencing caused by the pandemic is depriving many boys and girls of their right to grow up free and happy, to play, learn and interact among equals,” Xisca said. “In this context, we appreciate Endesa’s involvement in facing this reality, betting on social and health initiatives that, today more than ever, are of vital importance,” she added.

20-time grand slam winner Rafael Nadal has been the frontrunner of various fund-raising initiatives during the recent global crisis. One of those was the  #NeustraMajorVictoria (#OurBestVictory) campaign last year in partnership with fellow Spaniard Pau Gasol, which ended up raising €14 million for those impacted by the pandemic.

Nadal had been doing his bit to help the needy even prior to the COVID-19 pandemic. In October 2018, when his native town of Mallorca was ravaged by flash floods, Nadal opened his tennis academy centre to house the victims of the natural disaster. The 20-time Major champion also donated €1 million for rebuilding Sant Llorenc des Cardassar, one of the towns that were severely impacted by the floods.

On court, is currently in Australia ahead of the Aussie summer circuit. He even competed in the ‘A Day at the Drive’ exhibition event in Adelaide, where he defeated World No.3 Dominic Thiem 7-5, 6-4.

The World No.2 is scheduled to represent Spain in the ATP Cup next week. He will compete at the Australian Open – where he will attempt to win a record-breaking 21st Grand Slam singles title.

Also Read: “He set a standard when it comes to responding to journalists” – Jim Courier praises Roger Federer for being media-savvy