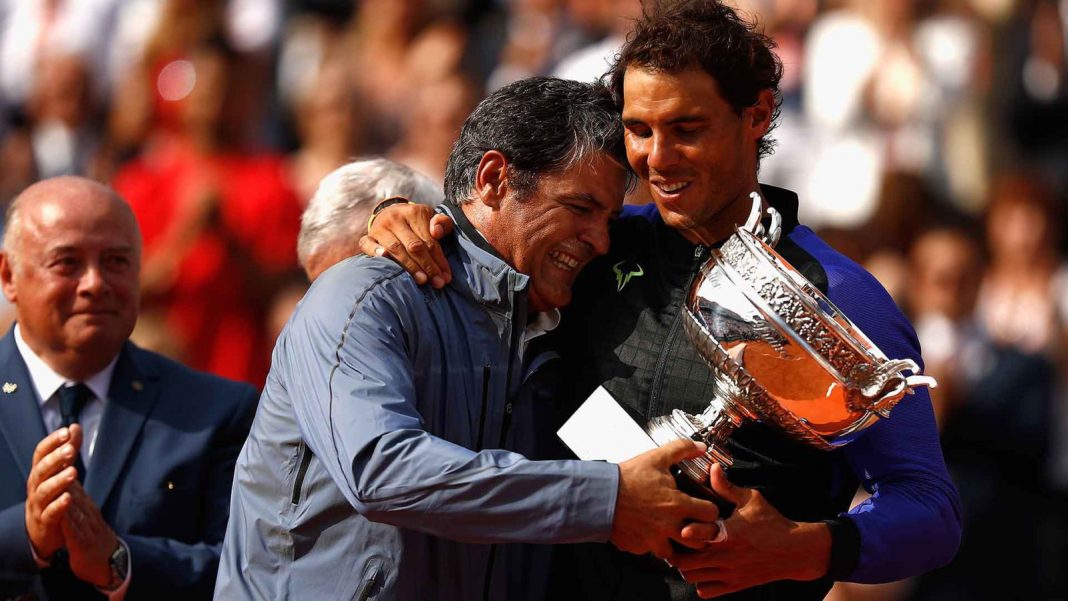 In any sport, surely there are GOAT debates and tennis fans has three options to argue over this. Some may fight over Roger Federer be the greatest of all time, others might come up with Rafael Nadal and some might argue over Novak Djokovic. At the moment, it is almost impossible to favor any of the big three over the other two. Currently, Roger Federer is winning the race with 20 Grand Slams, however, Nadal and Djokovic are not far behind with 19 and 17 Majors, respectively, to their name.

Meanwhile, the tennis fraternity has their own opinions. One of them is Jean Rene Lisnard, Daniil Medvedev’s ex-coach who thinks that Rafael Nadal is GOAT as his uncle is the greatest tennis trainer.

Lisnard opinion on Rafael Nadal and his uncle

In an interview with Service Volee Lisnard shared his opinion on Rafael Nadal and his uncle in a different yet interesting way. He said “Nadal is a star player and can be termed as the champion of champion. He has the best school to train and he made a good business out of it. With Toni Nadal (his uncle ) by his side, he came out to be a better version of himself.”

Lisnard as a tennis coach himself is quite intrigued by the coaching techniques of Toni Nadal.

Lisnard fanboy of both Nadal And Federer

Its not just that Lisnard is biased towards Nadal. He is an avid fan of Federer’s style of play too. However, this didn’t stop the Frenchman from comparing them. He compared the all-time greats Rafael Nadal and Roger Federer with the basketball legend Michael Jordan.

He said,” If you put the mindset of Nadal’s mindset in the body of Roger Federer even if he is 45 years old the results will be exceptional”. Well, looking at Jean Rene Lisnard’s comments, Federer and Djokovic’s fan clubs may not be too pleased with him!

Also Read: Federer would have won if he played like this: Stanford University researchers recreate 2019 Wimbledon Final