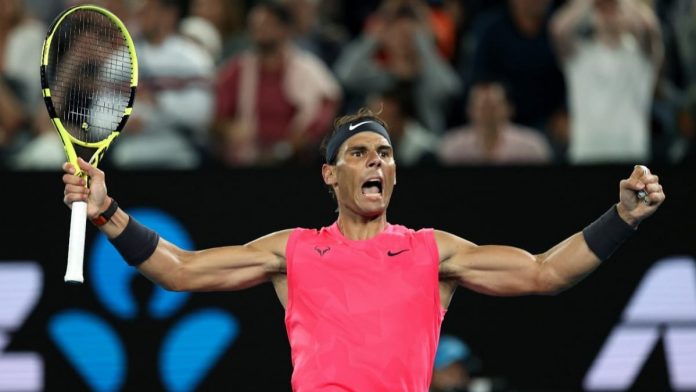 Rafael Nadal, the man has won 20 grand slam titles till date and is the favorite to win his 21st in Paris this year. The ‘king of clay’ has won a whopping 13 titles at ‘Court Philippe Chatrier‘.

The love-affair between Nadal and the Roland Garros is probably the greatest sporting achievement till date. He holds a whopping 98% win percentage at the French Open.

Nadal has just lost twice at the clay courts of Paris. He is 100-2 up, a feat unimaginable to many. Last year, against all odds, he lifted the trophy without dropping a single set. He also defeated world no.1 Novak Djokovic in the the final, serving him a ‘bagel’ in the first set.

As soon as the clay season starts, Nadal’s outfit becomes the talk of the town as he goes as the favorite in any tournament that takes place.

Last year, Rafa was seen in an All-Blue outfit at Paris. This year, three colors have been released by Nike for his entire clay season.

He is set to slay in an ‘All-Green’ outfit during the French Open. He will be wearing a light green T-Shirt with black shorts and green/white shoes.

During the rest of the clay season, he will be seen in an unique Light-Purple/Pink combo. He will be wearing Light-purple T-Shirt and shoes with Pink shorts.

On tour, Rafael Nadal has withrawn from Dubai and Miami has has shifted all his focus on the upcoming clay season. He is expected to play in Barcelona.