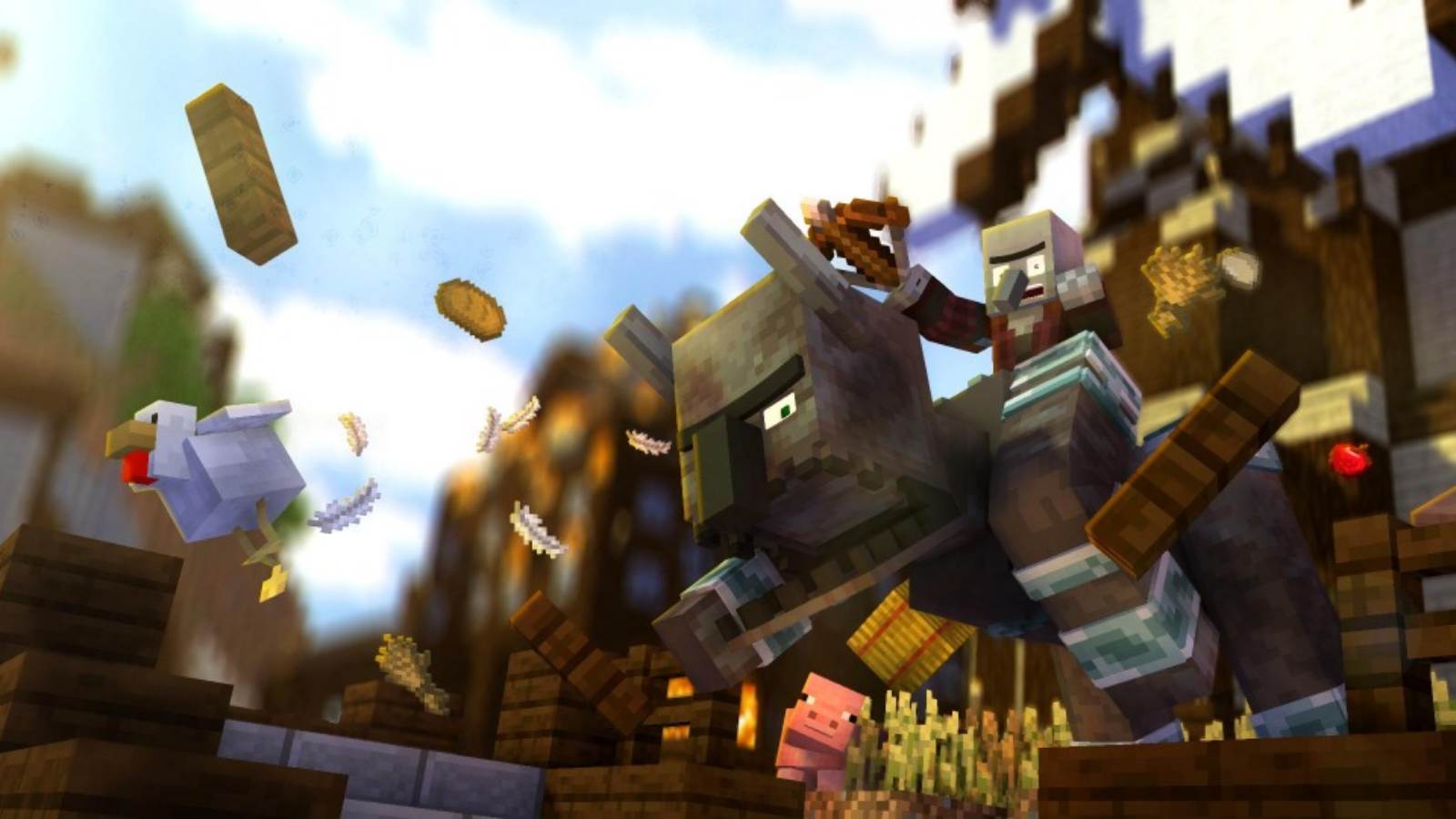 Ravager in Minecraft: All you need to know! (image via. SharpWind.yt)

The Ravager is one of the most feared mobs in Minecraft, that is very hard to beat without the know-how. In this article we take a look at the Ravager in Minecraft and all its features.

Minecraft has various types of enemy mobs that the players can beat in the game. These mobs can range from commonly found to boss mobs that are very hard to beat. But there are a few non-boss mobs that have more power than the common mobs are are naturally more dangerous.

Down below we take a look a one such mob, the Ravager in Minecraft!

The Ravager in Minecraft is a very hostile mob that only spawns during a raid in Villages.

Related: Blaze in Minecraft: Location, Drops and how to fight?

The Ravager is a large non-boss mob that spawns after the second wave in a Raid on villages. They are hostile towards the players, villagers, travelling traders and Iron Golems. The Ravagers also spawn while being ridden by one of these:

A maximum of 5 Ravagers can spawn during the whole Raid.

Ravagers attack any players, villager or Iron Golems in Sight and ram them with their head. The Ravagers mainly have two kinds of attacks, those being:

Its stats are as follows:

The Ravager is a tough mob to beat, but surprisingly its drops aren’t all that special. Upon killing a Ravager, players get:

The EXP is high and it is a great way to get a guaranteed Saddle, but facing it is also difficult. Players cannot ride the Ravager even though there is a saddle on them.

Also read: The Top 5 Best Enchantments for Bows in Minecraft!