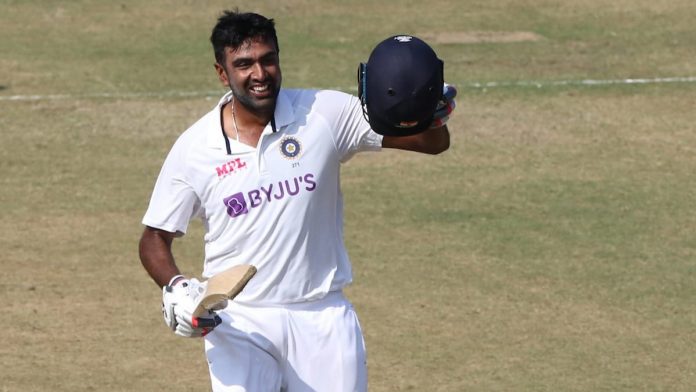 Picture this: Ravichandran Ashwin bowled a total of 72.3 overs in the first test against England. He also batted for a total of 137 balls. When you add it up, Ashwin either batted or bowled 573 balls in the test. That is 95.3 overs which is more than one day’s play. He also returned 9 wickets and scored 40 runs.

Further, he had been a part of a relentless tour of Australia just a month back where he pulled off a jailbreak to draw a Test while carrying a back injury. Amidst all the criticism for the man’s fitness, this is endurance of the highest order right here.

And yet, Ashwin didn’t get the adulation the performance in Chennai in the first test deserved. Understandable, given India lost. Another Ashwin performance went under the radar as it often has.

The offie is without a doubt, one of the most disrespected players in Indian cricket at the moment. His records suggest that he is already among the greats of the game. And yet, doubts remain.

The disrespect for Ashwin could stem from the fact that he is someone who wears his heart on his sleeve. The Tamil Nadu cricketer has perpetually been open about his opinions and never shied away from expressing them. He has been quick to retort to criticism and has been a firm believer in what he feels is right. Yes, he might not be likeable in an Ajinkya Rahane sense. You might not agree with his opinions, but you ‘can’t not’ respect him.

Ashwin in his own words is blessed with a ‘wonderfully ethical mind’ and is an encyclopedia of cricket. As fielding coach R Sridhar points out, he is India’s ‘Cricepedia’. A glance at a few of his YouTube videos should be ample proof of how well-informed Ashwin is about cricket. This is a man who could be anything cricket-related after his retirement – a coach, commentator, analyst, full-time YouTuber, you name it.

Couple all of these with his literally mind-blowing stats in Test match cricket and you have a perfect recipe for a universally adored cricketer. But Ashwin is not that. Maybe that is the enigma of the man.

Son of the soil enthralls Chepauk

When Ashwin walked in to bat in India’s second innings in the second test with the side in a mildly precarious position after a mini-collapse, the sound was deafening as the Chepauk crowd welcomed the son of their soil. It was the first match in India where fans were allowed after over a year. It was only fitting that the hometown hero delivered. He delivered with the ball by picking up his 29th fifer earlier but not many were expecting him to deliver with the bat.

But deliver, he did. Ashwin was in imperious touch. Spurred on by the crowd, it was like he could do no wrong. What more, he even outshone one of the greats of the modern game, Virat Kohli during his partnership with the Indian skipper. Even more remarkable was the fact that, some ‘experts’ of the game had called the pitch ‘unplayable’ and stated that it was a ‘shocker’. Ashwin came up with the retort. With actions, not words.

His words had however, foreshadowed the same nevertheless. He had stated in his post-day press conference on day 2 that if a batsman applied himself, he would be able to score on the pitch. The words were put into action on day 3. And how!

‘At least my teammates like me’ – You sure about that, Tim?

When Virat Kohli got out with Ashwin on 57, no way was a century in sight especially given India’s long tail. Kuldeep Yadav’s not so long stay didn’t help either. But Ashwin was determined. He wanted to get there. He started opening up. Ishant Sharma contributed with a 24-ball stay. Ashwin was on 77. Mohammed Siraj walked in. Surely Ashwin wasn’t going to get the 23 elusive runs?

The Chepauk crowd was alive as ever. Cheering as loud as their throats would allow them to. Each and every dot ball faced by Siraj was greeted with bigger cheers than say, a Kohli six. When Ashwin got on strike, the sound was thunderous. This was cricket, right here. At its purest. Test cricket. All whites. The joy of the canter towards a hundred. The suspense. The thrills. The satisfaction of a defensive stroke by the No. 11. The crowd going wild. Cricket, you beauty.

The crescendo was hit when Ashwin on 91, hit Moeen Ali for a monstrous six over cowcorner. This was confidence personified. Confidence acquired over the course of the innings hitting a peak. The century was then reached with a wild slog that took an outside edge to get to four. Streaky. But fortune favors the bold.

As expected, it was pandemonium. Ashwin took off his helmet with a broad smile on his face and soaked in the applause. Siraj at the other end was punching the air in delight. Pure, unbridled joy. Chepauk rose to applaud its hometown hero. This was a moment to savor.

Australian skipper Tim Paine had said a month back, “At least my teammates like me, d**khead. I’ve got a lot more Indian friends than you do. Even your teammates think you’re a goose. Don’t they? Every one of them.”

But here was his partner Siraj celebrating like he himself had scored a hundred. The whole Indian dressing room was up on its feet with a smile on each one’s face. The whole of Chepauk celebrated its hero with a noise that can only be described as deafening. The whole of Chennai rose as one. The whole of India was overjoyed in that very moment. Tim Paine couldn’t have been more wrong. Ashwin might have his fair share of critics (who will only day realize his worth) but he is a bona fide legend on and off the pitch and nothing can take that away from him.

Also Read: “It only takes one big performance to change your circumstances” – Scotland spinner Hamza Tahir opens up on his inspirations, Scottish cricket, the upcoming T20 World Cup and more | Firstsportz Exclusive

Yakshpat Bhargava - June 15, 2021
When a basketball fanatic talks about Joel Embiid, it is not always the case that the Philadelphia 76ers’ marquee player is associated with anything...