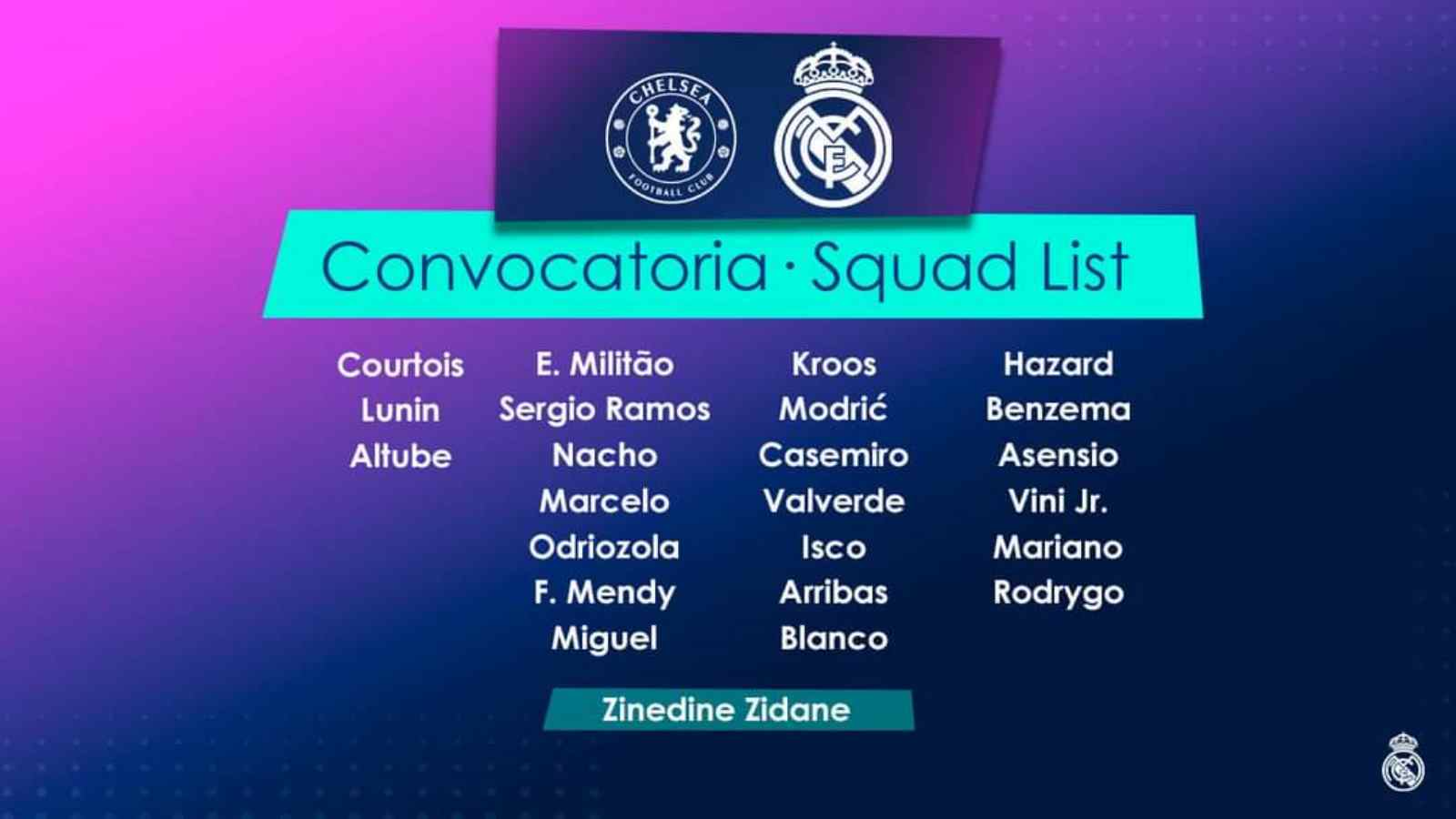 Real Madrid have finally released their 23 man travelling squad for their most important match of the season. Real Madrid travel to England for their second-leg tie against Chelsea at the Stamford Bridge on Wednesday.

Fede Valverde, Ferland Mendy and club captain Sergio Ramos have all made the cut after passing their required fitness tests. Zidane will finally have his strongest set of players for the first time this season.

The players who have not made the cut for the Champions League semi-final include Dani Carvajal, Lucas Vazquez and Raphael Varane. Both Carvajal and Vazquez have suffered long term injuries while Varane suffered an adductor muscle strain in Real’s last match in La Liga.

Fede Valverde was a last minute inclusion to the squad after the midfielder tested negative for Covid-19 a few minutes before their departure. The Real Madrid team flight was reportedly delayed by 20 minutes so that the Uruguayan could travel with the squad.

Ferland Mendy and Sergio Ramos have all trained alongside the other players of the squad and have been deemed fit enough to participate in the Champions League tie. Marcelo, who had election duties in Spain has been exempted from the role and will also make the trip to England.

Real Madrid head into the tie knowing that they need to win the match or secure a draw atleast in order to qualify for the Champions League final. The two sides drew 1-1 in the first leg and Chelsea have their away goal advantage over Real.

Sayantan Dutta - May 15, 2021
Brazilian defender David Luiz is supposedly leaving the Gunners this summer, after joining from London rivals Chelsea, ending his two-year spell at the Emirates. The...