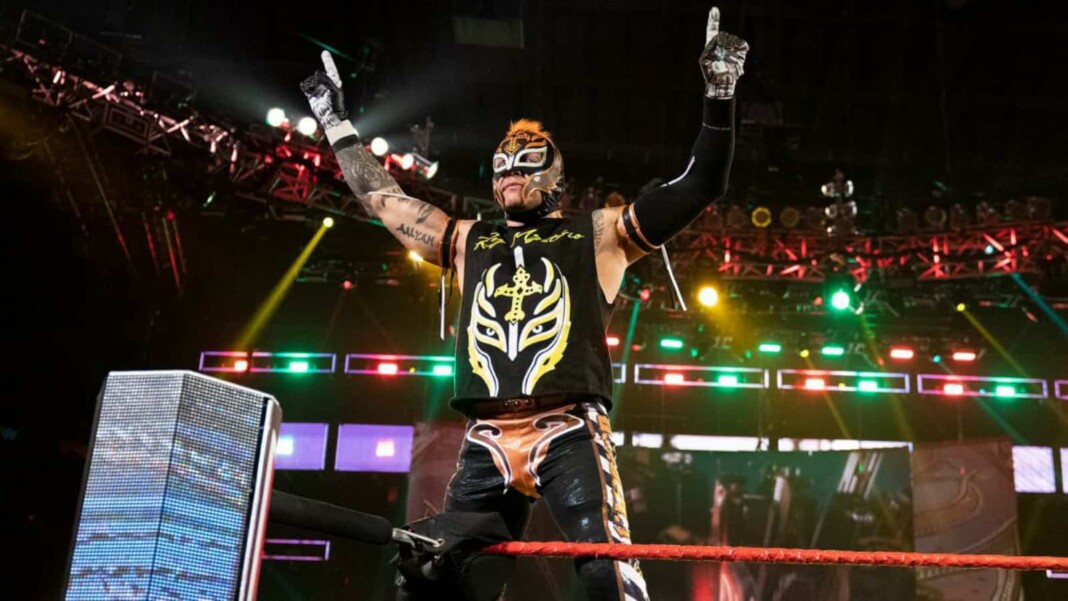 The Hell in a Cell promises to be a treat for the viewers with some exciting matches lined up. While all the matches were more or less predicted, the unpredictable one came in the form of Rey Mysterio, who challenged Roman Reigns for the Universal Championship. Roman Reigns did respond to Rey Mysterio Jr.’s challenge for a WWE universal title match at Hell in a Cell. The challenge was accepted by Paul Heyman on behalf of his client on Talking Smack.

WWE’s build-up plot for the exciting match saw Roman Reigns interrupted last week’s match for the SmackDown tag team titles between Rey and Dominik Mysterio against the Usos. the show went off the air with Reigns attacking both Mysterios. Rey, in an attempt to seek revenge on Friday night, attacked the WWE universal champion with a kendo stick, but Reigns recovered to hit Dominik with a powerbomb outside of the ring. The build-up was perfectly executed and the match will be settled at the June 20 event, the audience-less ThunderDome, which currently resides at Yuengling Center in Tampa, Florida.

In his decorated career, Rey Mysterio has always served the WWE as a babyface. Despite winning the World Heavyweight Championship long back after defeating Kurt Angle and Randy Orton in a triple threat at Wrestlemania, Rey did not enjoy much success as the main face of WWE for a long time. This is the first time after years, Mysterio is set to feature in the main event against one of the biggest stars in the WWE roster at the moment.

The match is also set to be Rey’s first Hell in a Cell experience which could give Rey’s career a lot of boosts. With Roman termed as the clear favorite to leave Thunderdome as the winner, a good fight could see Rey’s rivalry with Reigns take a new turn in the upcoming Smackdown episodes and the pay-per-views to follow. The good thing for Rey is that Hell in a Cell is the last event scheduled to take place without the presence of the fans. With fans all set to mark their presence in the following pay-per-view, Money in the Bank, Rey could well be pushed for the title as he has always been a fan favorite throughout his career.

Rey Mysterio also has been better suited in ladder matches which involve high flying techniques and stunts. With Hell in a Cell, not the kind of match Mysterio is expected to win, the Money in the Bank event could be a perfect one for the former Royal Rumble winner to win the Universal Championship. The little man has been known to be a fighter and also for his abilities to cause upsets. The plot is perfectly defined for Rey to once again be the man to watch out for in the WWE and with the return of the fans this might turn out just what we are wanting it to be.

Also Read: Smackdown Tag Team Champion Rey Mysterio gears up for his first match inside the WWE Hell in a Cell