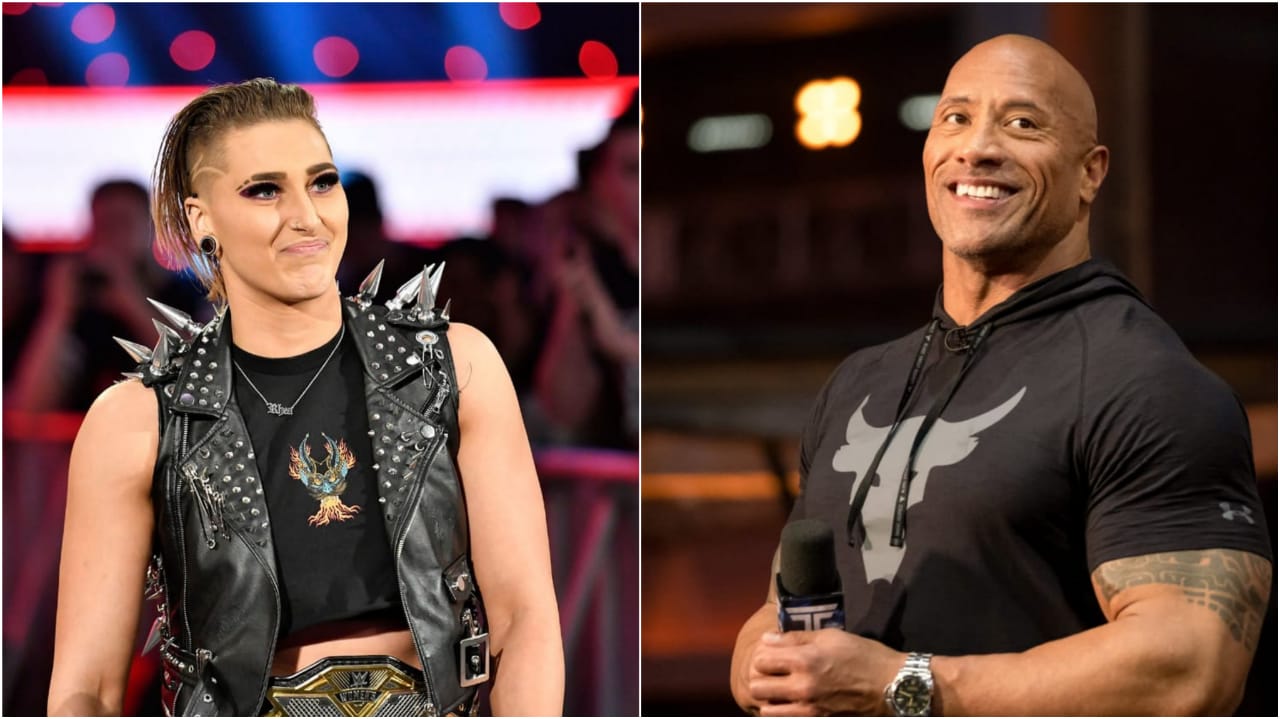 WWE NXT superstar Rhea Ripley wished her fans a Merry Christmas in her own unique way. She wished her fans through an Instagram post. Ripley’s unique post even received appreciation from WWE and Hollywood superstar Dwayne “The Rock” Johnson.

In her Instagram post, Ripley can be seen striking The Rock’s iconic pose. Her post even has The Rock’s picture, beside hers, for comparison. She mentions in her caption, that this similarity was not on purpose.

The iconic picture dates back to 1994, where The Rock can be seen in a completely unique avatar. Rock can be seen wearing a black turtleneck, a fannypack and a gold chain in the image. Over the years, the look has been recreated by numerous celebrities and even by Johnson himself.

Johnson was last seen on WWE TV at the first episode of Smackdown on Fox Sports. He is currently focusing on his Hollywood career.

Rhea Ripley is currently seen on WWE’s black-and-gold brand. She is currently involved in a feud with Raquel Gonzalez. They face each other at NXT’s New Year’s Evil on January 6th, 2020.