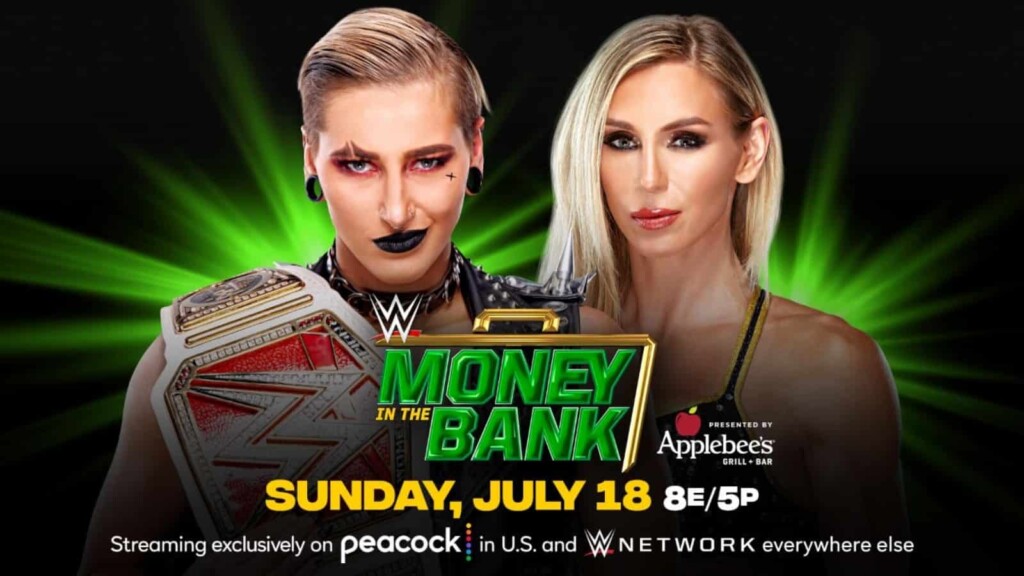 The Raw Women’s Championship changed hands at the Money in the Bank. Rhea Ripley was exhausted and was made to submit to Charlotte Flair at the pay-per-view. The Queen completely embarrassed Ripley and came up to every word she said in previous weeks.

The match began with a staredown. Flair slapped Ripley, as she fought back with a dropkick. A baseball slide by Ripley, threw Flair to the outside when the latter pulled the champion down as well. Flair delivered a suplex to Ripley and then and locked her in a sleeper hold.

The champion finally gets a waist lock on Flair, but is elbowed in the face. Flair is launched over the top rope, as action goes outside the ring again. Ripley blocked a big boot, but Flair delivered a back elbow and covered with her feet on the ropes. The referee caught Flair when she dived off the top rope with Natural Selection. Flair then put Ripley’s left ankle into the ring steps and kicked it a few times. Flair got her in the center of the ring and applied a Figure Eight for the submission win. It was shocking to see but Rhea Ripley taps out to Charlotte Flair.

Here’s what the Universe thinks after Rhea Ripley taps out to Charlotte Flair:

Shayna Bazler, during the match, teased an entry into the Raw Women’s title opportunity

Rhea Ripley reacted after the match and said whatever the result, Flair and she always put a show