For Vinesh Phogat, the 2016 Rio Olympics was shaping up to a fairytale after she was deemed as one of the favourites to bag a medal for India. However, fate had other plans for her going forward. In her quarterfinal match against China’s Sun Yanan at the Carioca Arena, the now 26-year-old wrestler awkwardly twisted her right knee, leading to a serious injury.

Although she tried valiantly to get up, she couldn’t and had to be carried off in a stretcher. With tears in her eyes, she returned to her home country in a wheelchair after the incident. Five months later, she took the field after undergoing surgery followed by rehabilitation. Five years since the unfortunate occurring, Phogat has a chance to make amends as she gears up for the Tokyo Olympics.

China’s Pang Qianyu, Japan’s Mayu Mukaida, Belarus’ Vanesa Kaladzinskaya, and Russia’s Olga Khoroshavsteva will be her opponents in the mega event. In fact, apart from being a strong contender to win a medal, she is the top seed in the 53 kg category.

Before the start of her journey, the wrestler from Balali looked determined to make a strong comeback. She took to Twitter and wrote, “Finally!!! The journey begins towards the unfinished dream.. ”

Back in September 2019, she became the first Indian wrestler to qualify for the Tokyo Olympics. She defeated the world no.1, Sarah Ann Hildebrandt, by a massive margin of 8-2 and showed what she was capable of doing under pressure. Hildebrandt caught hold of Phogat’s leg at least five times, but the Indian wrestler held on with her stupendous upper-body strength.

Since the Rio Olympics, Phogat has plied her trade in 17 tournaments. Leaving out the 2017 World Championships, she has won a medal in the other 16 competitions. It remains to be seen whether or not she can add an Olympics medal in her kitty, chances of which can’t be ruled out by any means. 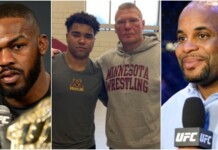 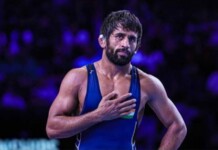