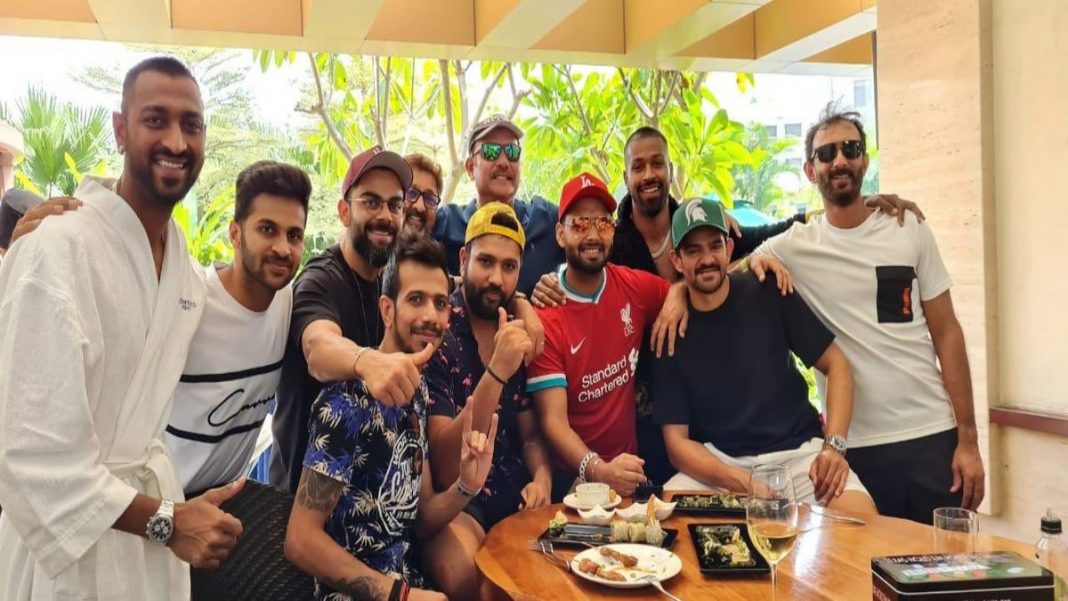 Rishabh Pant and the Indian cricket players had a day out to celebrate Krunal Pandya‘s birthday on the 24th of March following their win over England in the first ODI. The win was fashioned by some terrific performances with the bat such as those from Shikhar Dhawan, Virat Kohli, KL Rahul and Krunal himself. The bowlers also did their part by bowling out the Englishmen to take a 1-0 lead in the series.

The match was also Krunal Pandya’s debut in ODIs and he made it count with a spectacular performance on the eve of his birthday. The players then had a day out in Pune to celebrate the all-rounder’s birthday and posted a plethora of pictures on their social media handles showing them having a fun time with friends and family. One such picture has now caught the attention of football club Liverpool FC.

Rishabh Pant posted an image from the day out with the Indian team and wrote on Twitter, “The team that enjoys together, wins together! Great to get together with the team for some fun in the sun. @BCCI” The picture showed cricketers like Virat Kohli, Rohit Sharma, Krunal Pandya and so on posing at a restaurant. Pant was rocking a jersey of Liverpool FC.

The football club then responded to the picture by writing, “Loving the shirt” along with two emojis showing their love and appreciation. This image as well as Liverpool’s response has now gone viral on social media.

Rishabh Pant is currently playing in India’s second ODI against England as he got a chance in the playing 11 due to an injury to middle-order batsman Shreyas Iyer.