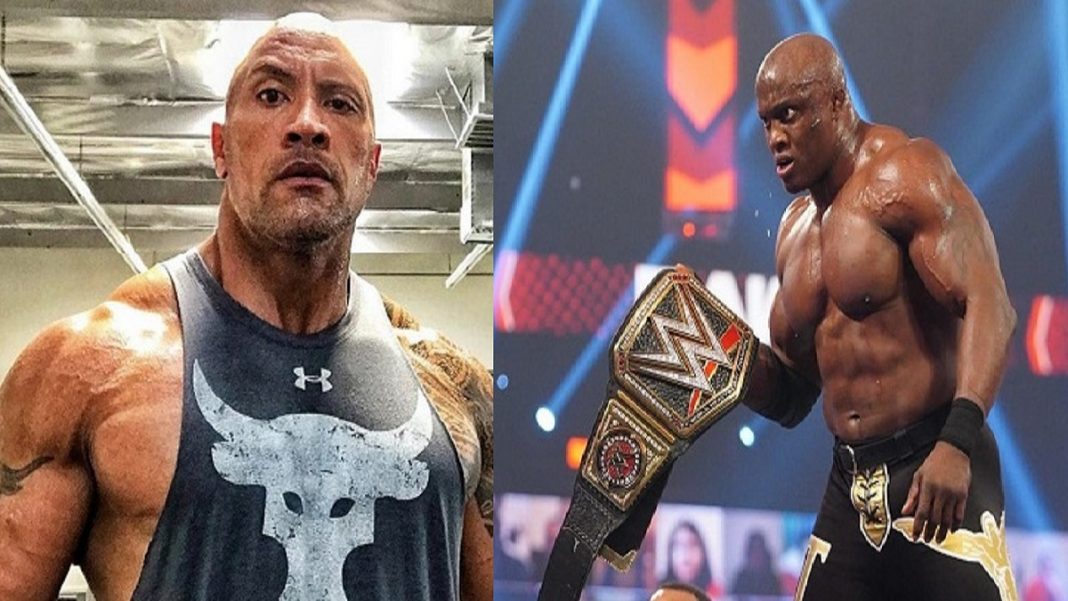 One of the most successful factions on WWE TV is, undoubtedly, The Hurt Business. They’ve gained a lot of popularity in the last few months. Currently they are at the peak, with Lashley defeating The Miz to win the WWE Championship.

Lashley and all the members of The Hurt Business have been receiving praise from the entire wrestling world. Recently, Dwayne “The Rock” Johnson too praised the entire faction. MVP was explaining to a fan of Twitter, the importance of representation. The Rock took this as an opportunity to praise The Hurt Business.

Bobby Lashley is the third African-American WWE wrestler to win the WWE Championship. He joins the list that currently features The Rock and Kofi Kingston. This makes the victory sweeter and even more monumental.

Lashley soon responded to The Rock’s tweet. He commended The Rock for his contribution to the industry and even thanked him for paving the way for wrestlers like him.

The entire Hurt Business is currently draped in gold, Lashley holds the WWE Championship, while Benjamin and Alexander hold the WWE Tag Team Championship. They’ve been dominating WWE, and it is likely that they will be entering Wrestlemania as Champions.

Reports suggest that Drew McIntyre will be challenging Lashley for the WWE title at Wrestlemania 37. WWE Wrestlemania 37 airs live on 10th and 11th April, 2021.