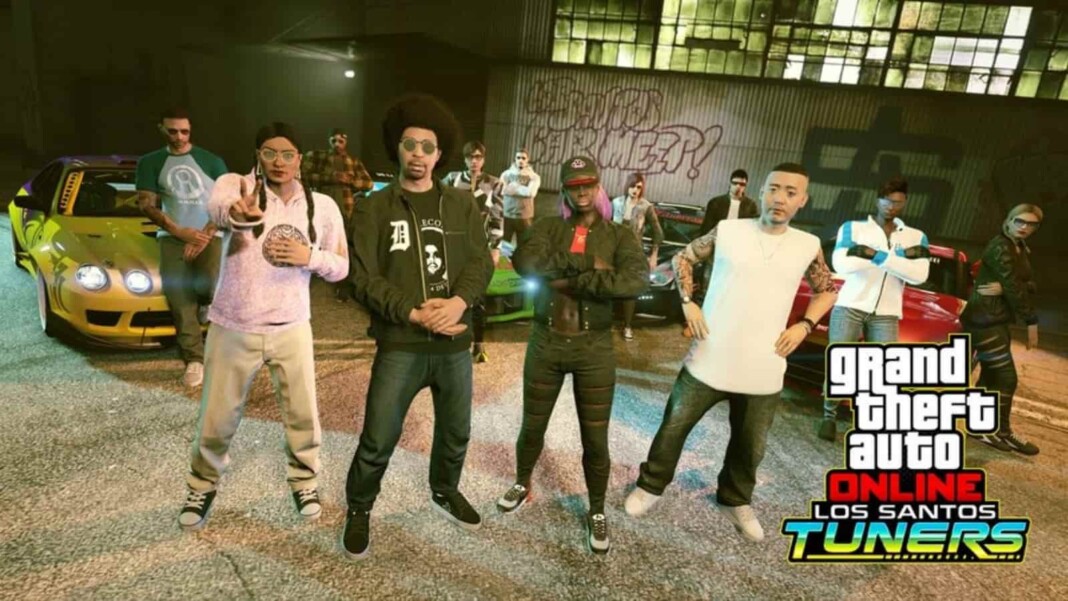 The newest GTA 5 DLC just dropped a few days ago and has already proved to be a very successful and fun to play DLC. It goes back to the roots of GTA 5 with its traditional criminal antiquities. It received immensely positive feedback all over social media platforms. The player numbers too grew rapidly after the DLC dropped. To celebrate this, Rockstar is giving every GTA 5 player some free money. This amount will be credited to a player’s Maze Bank account the next time he/she logs in.

The newest DLC to GTA 5, the Los Santos Tuners, introduced new and exciting races, game modes and missions for players to do. The largest part of the update was the LS Car meet where players could bring in their rides and tune them to show off with other players. The car meet also included other additions to the game such as the test track, test rides and the prize ride vehicles. A business called the AutoShop was also added to the game in the update.

The update was well received by the community and it seemed like Rockstar gave the fans what they wanted. Following the update, GTA 5 saw a rise in player numbers, both concurrent and total. Steam charts show that since the update, the game has peaked at 213,000 concurrent players which are only 100k less than its all-time peak. The charts also show a 10% gain in players in the last 30 days. Other systems such as the PS4, PS5, Xbox One and the Xbox Series X all saw a rise in player counts too.

Rockstar Games was quick to take notice of the positive feedback from fans and has thanked them for their overwhelming support. In a recent tweet, Rockstar Games revealed that they would be depositing a sum of $250,000 in every player’s Maze Bank account for their exciting response to the update.

This is not the first time that Rockstar Games have given free money to the players. 2019 and 2020 were some of the best ever months for the game and saw a massive rise in player counts following the Casino Heist and the Cayo Perico Heist DLC releases. Rockstar gave players a million a month back then to celebrate the success of the game despite its age.