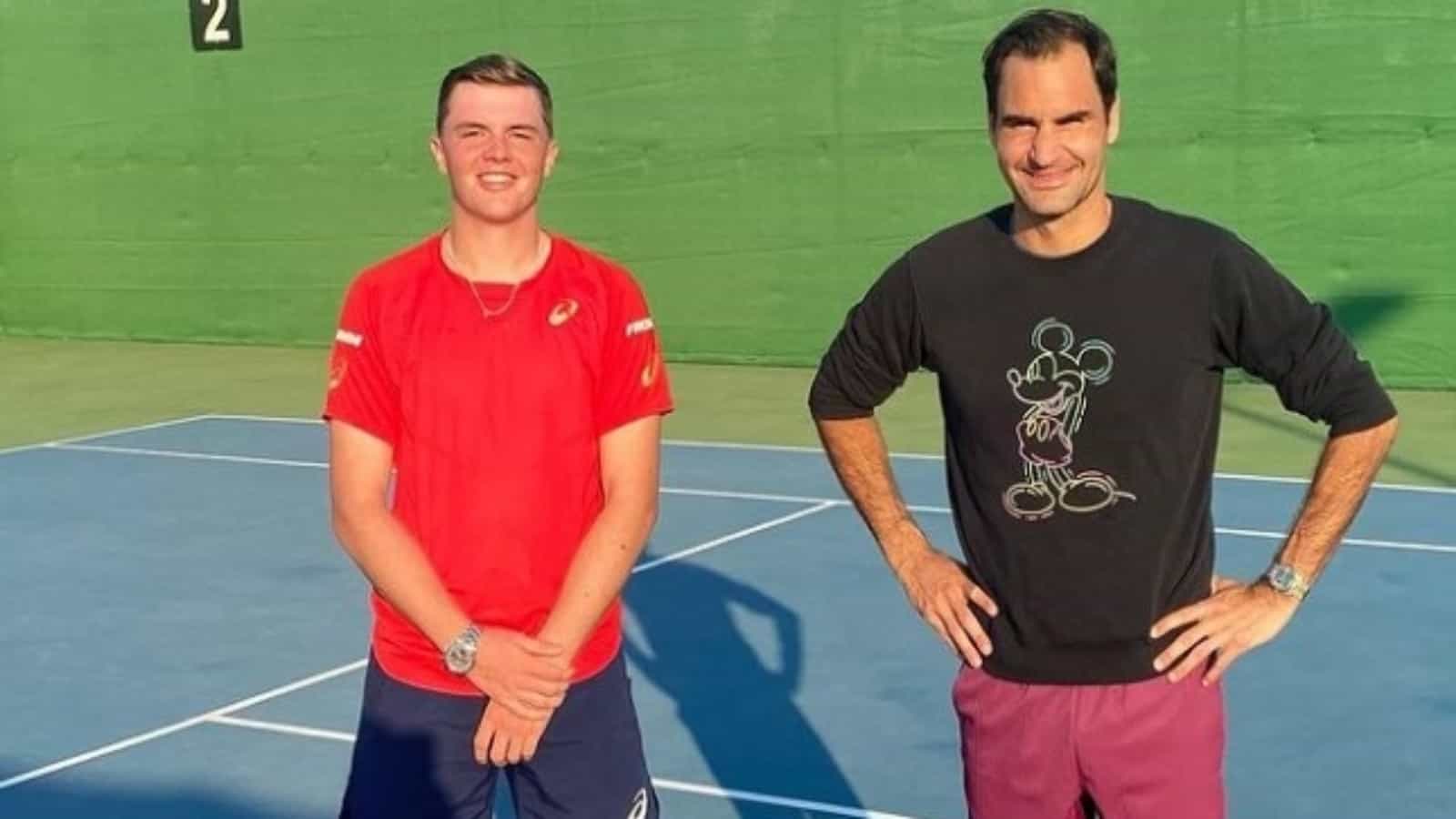 Roger Federer is all set to return to action next week in Geneva. The Swiss maestro was last seen at the Dubai duty free championships, where he was downed in the quarterfinals by Nikoloz Basilashvili.

The 20-time Major winner will also mark his return for the first time on clay this season, after missing out in Monte Carlo and Madrid. It is also clear that he will miss the upcoming Rome Masters. As per Federer’s tweaked scheduled, he will play the tournament in Geneva before heading to Paris for the French Open.

Over the years, 39-year-old has been spotted spending most of his time practicing in Dubai. As a part of his training regime, Federer often practices with fellow professionals, mostly the next generation in the desert.

Federer passing on some tricks of the trade

He was once again captured hitting and sharing the tricks of the trade with fellow countryman and junior player, Dominic Stricker. Commenting on the experience, the 18-year-old expressed his delight,

He said: “It was an amazing feeling to once practice with Roger Federer in Dubai. I learned a lot. I’m very happy to show what he taught me. The biggest lesson is what he told me to do on serve.”

Stricker is currently ranked No.425 on the ATP charts and is often seen playing at the lower-level tournaments and challengers. Meanwhile, Federer has slipped to No.8 in the rankings and will be eyeing his ninth title at the All England Club in July.

Lakshya Chopra - May 14, 2021
Day 6 of the Rome Masters saw all the Round of 16 taking place. While Novak Djokovic cruised into the Last 8 quite convincingly,...